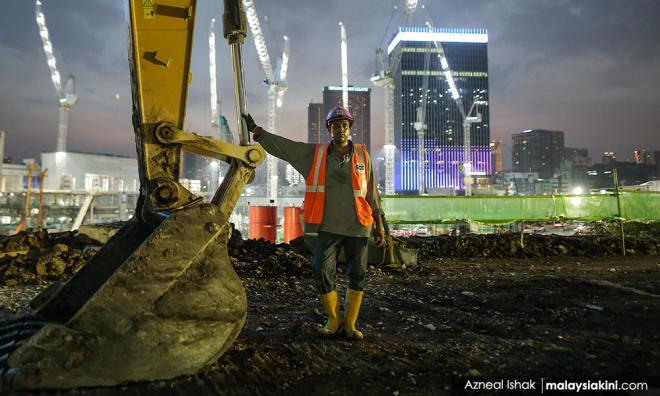 Yoursay: Despite our religiosity, no will to stop migrant labour exploitation

YOURSAY | ‘Yet another shocking and tragic report which is likely to be added to the many similar reports and filed away.’

Anonymous 770241447347646: Out of the total of seven million foreign workers in the country, how many are from Bangladesh?

If we multiply the number with the RM20,000 each Bangladeshi has to pay to come and work in Malaysia, we can imagine how many millions or even billions would have passed through the agents, middlemen, employers, and even officials’ hands.

No wonder nobody is interested in regulating the entire industry. The people involved in bringing in the Bangladeshi workers will not be bothered over two lives lost daily.

And the figures and statistics mentioned in the story are based solely on workers from Bangladesh.

What about the cheap labour from Indonesia, Pakistan, Myanmar, Vietnamese, and other nations currently working here?

It is frightening to think about the scale of corruption and exploitation going on, and the death rate among the legal and illegal foreign workers here.

Even after these statistics are revealed, there are still planeloads of Bangladeshis waiting for their turns to be brought into Malaysia.

What is the Bangladesh High Commission officials doing? Can’t they speak up or protect their citizens’ rights?

Can't they ensure the Bangladeshi workers being brought in are employed by the right companies and paid what is agreed upon?

Or are they also involved with these unscrupulous agents and businessmen in hoodwinking their own people in exchange for financial benefits?

P Pillai: Yet another shocking and tragic report which is likely to be added to the many similar reports and filed away.

The RM20,000 fee charged on each worker and the illegal relocation of workers between employers show that corruption continues despite the labour transfer agreements between the governments of Bangladesh and Malaysia.

The Bangladesh High Commission in Malaysia must take more responsibility for the well-being of their citizens in Malaysia.

They need to protect their citizens better from the current exploitative system. All we hear from them now is a deafening silence.

MS: While the bleeding hearts in Malaysiakini cry for these poor and exploited Bangladeshi workers, those involved in this exploitation scheme simply continue milking them while the contractors, businessmen, retailers, and even enforcement authorities squeeze them until their last drop of blood.

Analyze This: The article makes it seem as if the exploitation of migrant workers only happens specifically in Malaysia.

Of course, a segment of the cheap labourers from Bangladesh is mistreated here.

But this problem is not only restricted to this country. It also happens elsewhere in the world, especially in the Middle East.

In Dubai and Abu Dhabi where I worked for nine years, Pakistanis were the main labour force, living in camps that resembled concentration camps just outside the city in the desert.

They owed too much to the traffickers and were paid very little (in fact, they were often denied pay for a year or two with the promise of a fat payday later.) Quite a few became desperate and killed themselves by leaping into highway traffic.

That was the only way they could get any money back to their families. The standard procedure, no matter who was at fault, was for the driver's family to pay 40,000 dirham (RM45,000) in blood money.

In one case in Dubai, the driver was British, so they threw him in jail as well. Never mind that he couldn't have avoided a suicidal pedestrian on a fast, busy highway. He went to prison, in addition to paying the victim’s family 40,000 dirham.

Anonymous_1559652725189: To find out why the death rate of young Bangladeshi workers in Malaysia is high, one needs to analyse their lifestyle when they come here.

Many workers want to work long hours to pay off their debts. After long hours of work daily, many don’t get enough sleep for various reasons, including hanging out with friends and being on the phone for long hours.

Over a long period of time, their body immunity system collapses, and they can easily get a heart attack or stroke. This will happen to anyone who only sleeps for two to three hours a day over a prolonged period of time.

Since the deaths involved workers in different places and employers, I doubt foul play or physical abuse is involved.

It is time for a more humane and fair system to be developed by the Malaysian government for the local companies looking to employ foreign labour.

A Bangladeshi Labour Exchange can be established in Bangladesh where Bangladeshis can register with the listing of their skills, knowledge and medical health.

Foreign companies can then seek to recruit from this pool or the Bangladeshis can apply to foreign employers advertising on the exchange.

The foreign companies can then contract such workers directly, and the payments for airfare, levies, accommodation and medical care, can be borne either by the employee or employer.

The Malaysian Human Resources Ministry can set up a body to monitor the well-being of the foreign workers, funded by the levies it collects from the employment of such labour.

Kangkung: It is sad that the mistreatment of Bangladeshi workers is rampant in both their home country and Malaysia. This modern-day slavery must end.

As long as we let the parasites to thrive off these poor foreign workers, the problem will persist. A really transparent system to take in foreign workers is needed. Get rid of all the middle man.

Anonymous_Cdb4fb5d: Even after Pakatan Harapan had taken over the federal government, the enforcement in preventing migrant workers from being mistreated is not working.

The laws and rules concerning migrant workers are constantly being broken.

Guuunner: It is not difficult to resolve the problem of migrant workers being exploited.

The government simply has to take action and come down hard on the companies who are in cahoots with the middlemen and agents when hiring these workers.

Tidak Harapan: Indeed, the exploitation of migrant workers is a disgrace for Malaysia.

The Malaysian government should stop taking in cheap foreign labour through illegal methods. If they are unable to stop it, then at least ensure the welfare of the workers is taken care of.

The Human Resources Ministry, with the assistance of other authorities, should go down to the ground and conduct spot checks on the workers and their employers on a regular basis.

Workers, foreign or otherwise, should be treated with dignity and not treated like slaves.

Just a Malaysian: Compassion and mercy to another human being is the greatest act of godliness surpassing most of religious rituals.

As a country having the line “Belief in God” in our Rukunegara, we can do better in ensuring a better quality of life for migrant workers who come here to make an honest living.