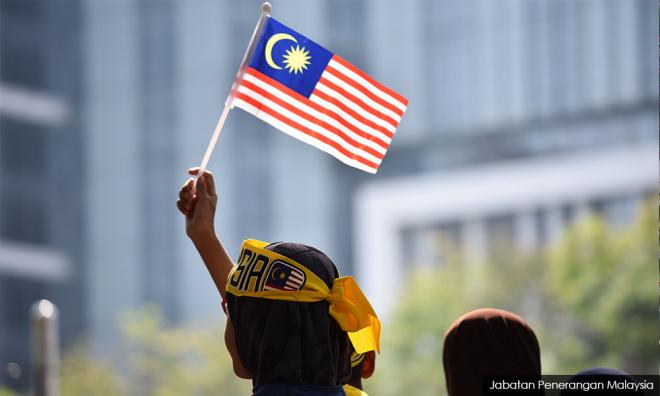 Will we ever transcend the politics of race and religion?

COMMENT | Sunni Muslims fight Shite Muslims. The Islamic State kills those who are not Muslims or enslaves them and declares war on all infidels. Buddhists in Myanmar oppress and kill the Rohingya Muslims. Muslim-majority countries in the Middle East persecute or oppress Christians. Iranians persecute Christians and the Bahais. Sri Lankan Buddhist monks go after Hindus and Muslims.

The RSS in India wants a Hindu India instead of a secular India. Muslims and Christians fight in different parts of Africa. The Chinese government oppresses the Tibetans, the Christians and the Uighur Muslims. The Israelis oppress the Palestinians. Right-wing movements in many Western countries react to the presence of non-whites in their midst, particularly Muslims.

Lim Kit Siang in a recent article writes about some worrying trends in Malaysia and warns of the failure of the nation because of a "clash of civilisations".  That was a reference to Samuel Huntington who wrote of a possible "clash of civilisations". Even though Huntington’s views are controversial and criticised by many scholars, nevertheless there are still some who see battle lines being drawn on cultural and religious lines.

What are those worrying trends for Malaysia? There are some leaders in our midst who appear to envisage a clash between Muslims and the rest of the world. They seem to divide the world between "Believers" and "Unbelievers".

These leaders speak about Christian conspiracies to undermine Islam and Chinese conspiracies to undermine the Malays. Every year for so many years we hear the refrain at Umno meetings, "For our race and religion", as a battle cry to consolidate Malay support. A minister even raised a keris at an Umno general assembly as a gesture of his preparedness to fight for his people. Others have constantly raised the spectre of another May 13 - sometimes as a caution and sometimes as a threat.

PAS wants hudud law and an Islamic state. Abdul Hadi Awang would deny non-Muslims equality and positions in the cabinet. The PAS-Umno opposition pushes race and religious issues to the hilt. They successfully opposed adherence to Icerd and the Treaty of Rome - both human rights treaties. They opposed the appointment of a non-Muslim to the position of attorney-general. Some defend Zakir Naik's style of very provocative preaching. Some resist a more inclusive government. Jakim recently pronounced that Muslims cannot engage in interfaith prayer sessions. And now we have Raudhahville, a Muslim township!

Over the last 40 years or so we have become a very polarised society. The civil service and armed forces are dominated by Malays. A bulk of Chinese children attend Chinese primary schools. Many Indian children attend Tamil schools. Many Malay students attend exclusively Malay boarding schools and many more attend religious schools. Most teachers in government schools are Malays. At the college and university level, more non-Malays attend private colleges and universities while more Malays attend government colleges and universities.

Religious issues sometimes bring us to the edge of the precipice. There was the earlier Kerling incident. There was the furore over the conversion of Lina Joy. There was the desecration of the sacred host by two Malay journalists. There was the kicking of the cow head incident - an act designed to provoke the Hindus. And there were the temple demolition cases which led to the Hindraf uprising. There was the mysterious Kampung Medan incident where some Indians were assaulted by unknown assailants. There was the more recent Seafield Estate rioting.

And then the case of Indira Gandhi and Raymond Koh. There was the suspension of a Catholic newsletter and a subsequent court case over the use of the term "Allah" by Christians as a reference to God. And there was the confiscation of the Malay Bibles used by the Christians of Sabah and Sarawak where the term "Allah" was the reference for God. And there is a foreign Muslim preacher who specialises in running down non-Muslim religions and he enjoys celebrity status.

What do these incidents portend? Are Malaysians condemned to perpetual conflict? Or can we find a way to live together in peace and harmony? Some would maintain that our reality contradicts these extreme utterances and incidents. They say that these extremist statements and actions do not reflect the views of most Muslims.

Many of us enjoy friendship across all races, cultural and religious boundaries. That has been our joy and our strength from time immemorial. Each person brings to the table his unique view of the world and life - a view forged by his traditions, his culture and his religious beliefs. All of us have benefited from it. Malaysians are multi-layered culturally. Of course, for those of my generation, we went to English schools, devoured English novels, had teachers from different races and classmates from different races. And that experience continued into university and the workplace. Many Malaysians also studied overseas. Our first three prime ministers were English-trained barristers. Our government has always had representatives of all races even if their influence was sometimes weak. There are many points of professional, business and social interaction.

Some say that it was better in the past. Those of my vintage remember P Ramlee movies whose appeal was universal. In Malacca, we had pantun competitions whose participants were Chinese. We had the Chitties and the Portuguese of Malacca. We had the Peranakan Chinese of Malacca and Penang. Our people are bound together in so many ways. The development we enjoy today is the result of the collective effort made by all our people.

There is much we can learn from our fellow Malaysians in Sabah and Sarawak on how to live with mutual respect for people of diverse races, cultures and religions. A recent survey by UPM showed that 70 percent of Malaysian youth showed a high degree of tolerance and respect for other races.

There were, however, points of conflict. There were moments of high tension. But they were resolved quietly and quickly. May 13th, 1969 was a particularly bad time. The elections went badly for the Alliance and there were riots. It lasted a few days. People were killed. An emergency was declared, Parliament was suspended, and a National Operations Council was set up. The rioting was quickly put down.

There was a post-mortem done to determine what went wrong and why. The conclusion was reached that physical separation and the uneven development of the different races were the problems. A plan was developed to change things. That was the NEP. A very ambitious social engineering experiment.

It has been almost 50 years since its implementation. It has produced some good results. There was the emergence of a large Malay middle and professional class. Malays are a substantial presence in urban areas. Education has been a game-changer. From one university in 1966 to more than 100 public and private universities and colleges now!

We are in a far better place than we were. Only in some respects though, not all. Poverty among all ethnic groups remains a problem. Non-Malays feel excluded. The bottom 40 percent of the Indian community has been marginalised. And the Orang Asli and the indigenous people of Sabah and Sarawak have become or remain desperately poor. They feel left out. Corruption and abuse of power were big issues with the previous government.

In GE14, Pakatan Harapan brought hope. GE14 brought about a change of government. The change brought hope for the future. It brought hope for reform and change. The non-Malays overwhelmingly voted for Harapan. It is estimated that only between 25 and 30 percent of the Malays voted for Harapan. There have been some good changes since GE14. But there are dark clouds over us now. The opposition has proved to be quite resilient. The irresponsible ratcheting up of race and religious tension has affected our investment climate.

Institutional reforms are essential to ensure that our democratic institutions are on a solid foundation. These reforms are necessary to ensure an open, honest government committed to the rule of law. Educational standards must be raised. The loss of English language proficiency is a problem. Wages are low. We are caught in the middle-income trap. A large number of foreign workers depress wages for locals. Graduate unemployment is also a problem. Household debt is high. And the cost of living is high and rising. Our poverty levels are said to be as much as 15 percent. Our economy needs to be fixed.

We are caught in a "Catch-22" situation. There is much to be done to improve the investment climate and to create employment. Unfortunately, the current turbulence in our politics distracts our leaders and diverts energy and resources from more productive activity. Instability, or the perception thereof, discourages investment. A troubled economy is also a feeding ground for extremists.

We need visionary leaders to restore calm to our troubled waters. Some of our leaders served in the previous government whose policies and actions have brought the nation to this sad situation. Can they now transcend the politics of race and religion and work towards a vision that includes and benefits all? Can they convince the people of this country that only a united nation will succeed and that a divided nation will almost certainly fail?

Can they move away from race-based parties, race-based politics and race-based policies? Can our leaders be leaders for all races and not just the community they come from? Is it possible for people of different races, religions and cultures to live together in peace and harmony and prove Huntington wrong?

DAVID DASS is a lawyer.