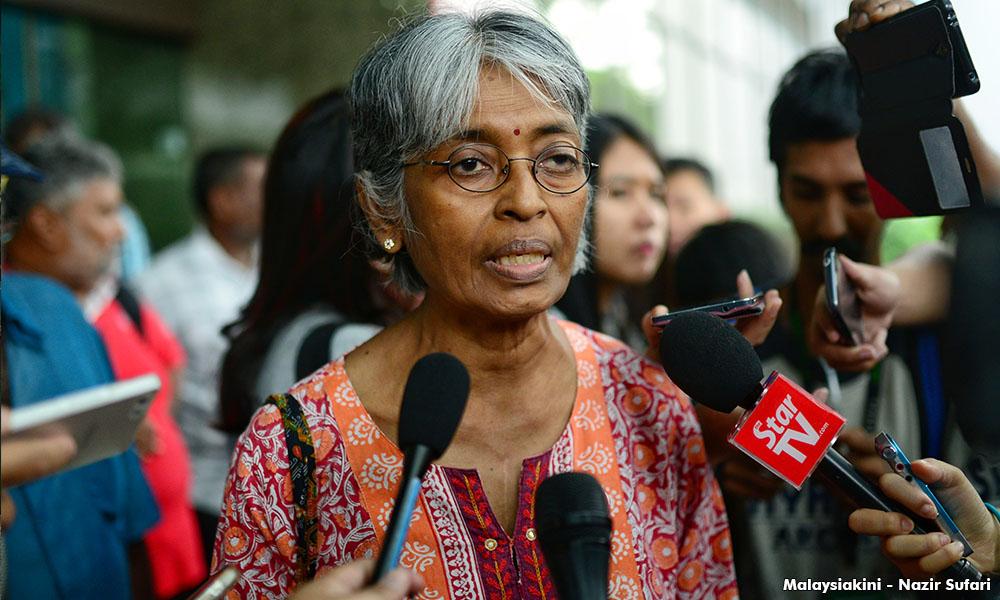 PSM has called on Putrajaya to investigate the increasing number of deaths among Bangladeshi migrant workers in Malaysia.

This followed a special report collaboration between Dhaka-based Kaler Kantho and Malaysiakini which found 393 Bangladeshi workers dying in Malaysia in the first half of this year, many whom were young and died of heart attack or stroke.

"Whatever the causes of these deaths, Malaysia has become the ‘killing fields’ of these young workers, and we should take responsibility and start investigations right away.

"The chief causes of death given in the death certificates, namely stroke and heart attack, need to be queried.

"These causes are simply incompatible with this cohort – thousands of young workers, in the age range of 18 – 32 years, and certified medically fit to be migrant workers," said PSM central committee member R Rani (above).

She said their deaths, purportedly due to stroke and heart attack, may have culminated due to poor living conditions.

"We urge the government to investigate each of these deaths thoroughly to ascertain the actual cause – in addition to blood examinations and a postmortem, a thorough history from the deceased worker’s colleagues as to the symptoms he had before succumbing would be of help in determining the causes.

"We should also start a database to compile the details of each case so as to get an overview. We need to expend some effort to get to the bottom of this problem and not just shrug it off," Rani said.

Rani also noted that many of the Bangladeshi workers coming to work in Malaysia had gotten into heavy debt to finance their journey here.

"It is well known that the heavy debts incurred to pay for recruitment costs back home lead to situations of debt bondage and modern-day slavery here in Malaysia.

"Groups working on migrant issues such as the Right to Redress Coalition have proposed that all recruitment and related fees be borne fully by employers in order to tackle this situation," she said.

Rani said Malaysia needs to draw up a comprehensive policy to deal with the different aspects of labour migration such as recruitment, undocumented workers, housing and health.

"There is continued reliance on ad hoc decisions and a failure to properly address the persistent problems associated with labour migration.

"This has led to many unresolved and festering problems. The Bangladeshi worker deaths need to be located in this context. Enough, stop this ongoing tragedy," she added.

labour
human rights
migrants
bangladesh
psm
Related Reports
Agreement on new hiring system for Bangladesh workers by next month
a year ago
M'sia, Bangladesh must strictly regulate worker recruitment process
a year ago
Malaysia and Bangladesh discuss defence ties
a year ago
The workers that keep Malaysia ticking
a year ago