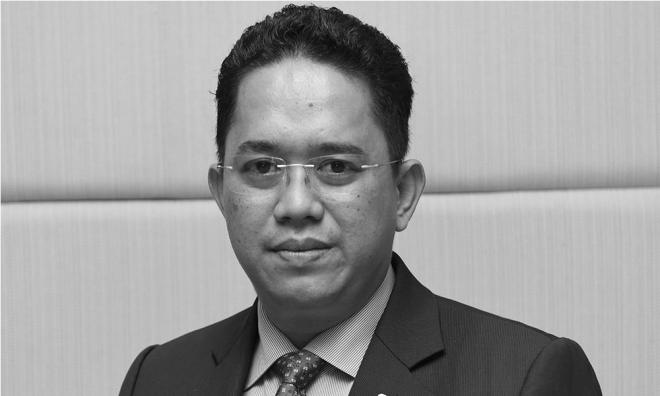 Deputy Minister in the Prime Minister's Department Mohamed Farid Md Rafik has passed away in the early hours of this morning. He was 43.

Farid (picture, above), who is deputy national unity and social wellbeing minister, is believed to have died at Hospital Pontian in Johor sometime between 5.30am to 6am.

He leaves behind a wife and three daughters.

He defeated MCA two-term incumbent Wee Jee Seng with a slim majority of 524 votes at the general elections last year. Farid bagged 21,255 votes against Wee's 20,731. The other candidate was PAS' Nordin Othman with 2,962 votes.

Tanjung Piai, which is in southwest Johor, is considered a marginal seat.

The UK-trained anaesthesiologist joined Bersatu in 2017 although his family’s political roots are traditionally Umno.

His mother, Norma Mohamed, is a former Tanjung Piai Umno Wanita chief. She, however, joined Dr Mahathir Mohamad’s Bersatu in 2016.

Farid was instrumental in setting up and expanding Bersatu chapter in Tanjung Piai, then seen largely as a BN stronghold.

He is expected to be laid to rest at Wakaf Hj Ahmad Chokoh at about 5.30pm, this evening.

Meanwhile, Prime Minister Dr Mahathir Mohamad cut short an event he was attending in Cyberjaya this morning to rush to Pontian to attend Farid’s burial.

And officer with the Prime Minister’s Department said the premier was upset by the news of the death.

“Just yesterday they carried out Friday solat prayers together. He (Mahathir) was very sad (at the news).

“(Farid) was a very promising leader,” the officer said when explaining to reporters why the day’s press conference was cancelled.

From 'naive about politics' to general for southern Johor battle