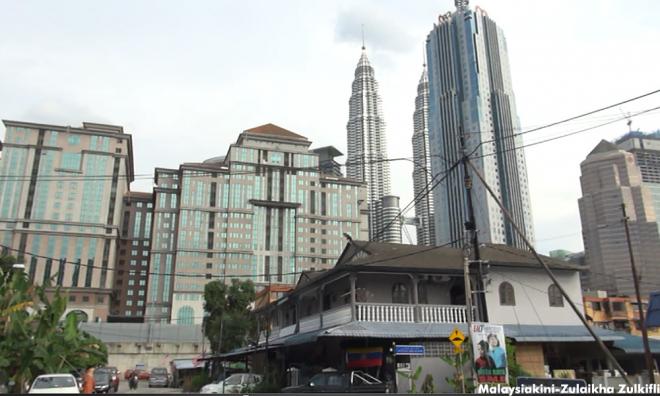 The government today offered to buy land in Kampung Baru in Kuala Lumpur at a rate of RM850 per square foot (psf), as compensation to landowners and heirs, in return for redevelopment of the area.

Federal Territories Minister Khalid Samad said the offer was the highest and based on a valuation by the Department of Valuation and Property Services.

He added that the need to maintain exclusive property ownership among the Malays was also taken into account.

"Apart from the value of the land, whatever structures or buildings on the land will also be valued for the purposes of compensation to be given out," he said during a town hall attended by about 3,000 landowners and heirs, in Kampung Baru.

The government had previously announced that the redevelopment of Kampung Baru would include residential buildings including high-rise dwellings, as well as corporate towers and retail complexes.

Read more: PM: Kg Baru redevelopment will be in best interests of Malays

Khalid said landowners could choose from four types of offers from the government comprising cash, a completed apartment or condominium unit (to be constructed as part of the redevelopment), a combination of cash and a completed unit, and shares in a company which will serve as a Special Purpose Vehicle in connection with the redevelopment project.

"The sale and purchase offers will be based on land lots," he said, explaining that the government had stressed there would be no compromise towards the preservation of Malay property ownership in Kampung Baru.

Khalid added that the redevelopment of Kampung Baru, which is located within the city's Golden Triangle, was seen as a conduit to expand property ownership among the Malays.