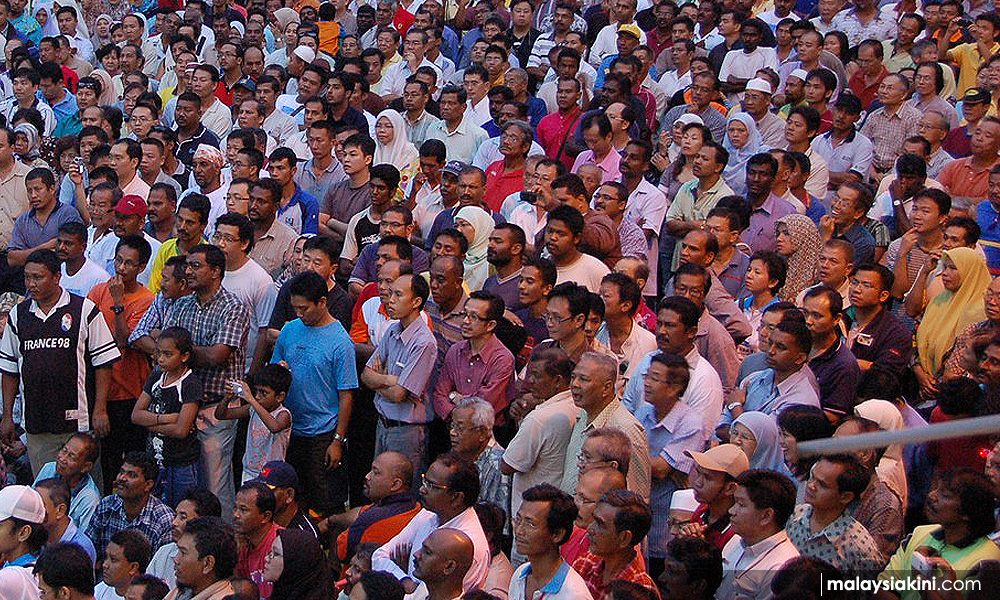 Malays are not racist, nor are Chinese, Indians and others

COMMENT | The word “racist” and “racism” are often used freely nowadays by opposing political groups. It is the ultimate weapon to deride and pour scorn on your opponent.

PAS is the main target of social commentators, but Umno leaders are also on the receiving end. The recent collaboration between PAS and Umno has accentuated this warfare. PAS and Umno are described as racists, and they respond, with equal fervour, that DAP and the Chinese are racists. Where will all this end?

Racism is a doctrine that a particular racial group regards itself as superior to others. By superior, we need the examples of Nazi Germany, where the Aryan race was regarded as superior to the Jews. American Confederate states in the south viewed whites superior to the blacks, who were treated as slaves. White Afrikaaners were superior to the African tribes and Indians.

In pursuing this policy of “superiority”, the people were segregated and discriminated against. They were accorded different rights and cruelty of the “superior” towards the “inferior” was the norm.

If we see racism in that historical light, you will see that we never had racism in this country. Malays never believed in this doctrine, or feel that they are superior to others. They never showed any hostile racist behaviour towards others who settled in this country. In fact, they were peaceful and welcoming. The Malays to this day, are gentle people, (by and large), and they are the most helpful people you can find on Earth. If that observation is true; how is it possible that the two largest Malay parties, PAS and Umno are racists?

PAS ruled Kelantan for over 40 years in total and not once did I see deliberate and calculated discrimination against the Chinese in the state for the reason that they are Chinese. Umno, too, ruled this country for decades. While in economic matters, they openly practised racial preference, that was not racism per se. Preferential treatment was not predicated on the Malays being genetically or culturally superior, but as a remedy for the disparity and perceived inequality of the people in economic terms.

Failure of leaders to provide fairness and justice

Policies on preferential privileges that were started after Merdeka were flawed. Their implementation was discriminatory and abused by the elite to enrich themselves.

As a result, deep wounds and hurt were felt by everyone in the country for generations. The Chinese and Indians and Orang Asli rightfully felt that they were treated as second class citizens, and denied the basic treatment of equality in terms of government contracts, scholarships and opportunities in tertiary education.

The bumiputeras felt they were also denied “special treatment” because the privileges were all taken by the rich and their political leaders. They felt that they were “special” only in name. Both these groups, deprived by a fair system, retaliated in the only way they knew, they called each other racist. In other words, Malaysians became “racists” because of the gross failure of leaders to give fairness and justice to the people of all races.

Our political leaders, instead of admitting the failure of their policies, further exacerbated “racism” and racial polarisation, to keep them relevant and in power. The Malay oligarchs in power perpetuated the idea that the Chinese were here to take everything from the Malays and so their gang (ostensible guardian of the Malays) must continue to rule. Their anti-Chinese polemics, however, did not prevent them from giving large concessions to their Chinese friends. They somehow managed to dupe other Malay leaders to support them.

The Malay leaders who lost power are now trying to make a comeback. They resort to the extreme and dangerous idea that if all Malays gang up together, they can rule without the support of the Chinese. It is true that the polemics and political exchanges of today are framed on racial and religious matters, but that is the sign of desperation, not racism

The accusations that DAP is racist are also not true. While some DAP leaders are arrogant, and on many occasions hurt the feelings of the gentle people by their unguarded statements, they are not racist at all.

In the 70s, some DAP leaders were mesmerised by Lee Kuan Yew’s idea that all Malaysians are equal, and therefore there was no need for special privileges. The expression of “Malaysian Malaysia” coined by Lee Kuan Yew was then adopted by DAP, signifying support to this idea that the country belongs to all. DAP for many years has clarified that it is not opposed to Article 153 and special privileges, but wants the policies of affirmative action to be fairly applied.

Malay leaders who survive on selling racial hatred keep saying that DAP opposes Malay privileges and they cite the DAP's support for the concept of Malaysian Malaysia as proof. This misunderstanding must be resolved. Only congeniality and maturity of Malay and Chinese leaders can bring many years of distrust to heel and a national conversation to begin.

No peace if leaders are always confrontational

Where do we go from here?

Anwar Ibrahim (photo) said he will take over in May 2020. I hope he does if he can. The first thing he needs to do is to stabilise the country not just on the economy, but also on the widening racial discord. He needs to reach out to PAS and Umno, not to consolidate Malay/Muslim power as other leaders are fond of doing, but to explain to them that DAP (his strongest ally) is not racist.

He needs to convince them that DAP and MCA are the same, in that they are just political parties fighting for the interests of the community. He needs to assure the Malays that DAP is not dangerous.

DAP, on the other hand, needs to chip in as well, to explain the true meaning of “Malaysian Malaysia”. DAP must do more to reach out to Umno and PAS to assure them that they recognise and accept special privileges, properly applied. Belittling them is silly

DAP leaders who want Anwar to succeed must not adopt the approach of “scorching the earth” when confronting PAS and Umno leaders. It is not easy to make a large majority “submit” no matter how enlightened your policies are. Chinese leaders must find ways to maintain contact and adopt civility in their dealings with the Malay leaders and vice-versa. Be measured in political attacks, even if the opponent uses harsh language.

Anwar will not be prime minister for long if PAS and Umno mobilise the Malays to oppose this new government. At this stage of our history, racial harmony is paramount. Excessive politicking will be harmful.

There will be no peace if the leaders are always confrontational. Those Umno/PAS haters just need to be always reminded that the Malays are not racists; they are gentle people. Chinese haters too need telling that emotional outburst does not change anything and working with them brings enormous benefits.

We still have hope, because the Malays, Chinese, Indians, Dayaks and Kadazans are not racist, no matter how hard their selfish leaders try to make them as such.

race & religion
malay
chinese
indian
racist
pas
umno
dap
Related Reports
No, Mahathir, your response to racial politics not enough
a year ago
Citizenship dilemmas for kids the result of 'bad laws', Hannah tells mums
a year ago
PAS leader warns DAP against pursuing 'Christianisation agenda'
a year ago
A political environment catering to one demographic only
a year ago