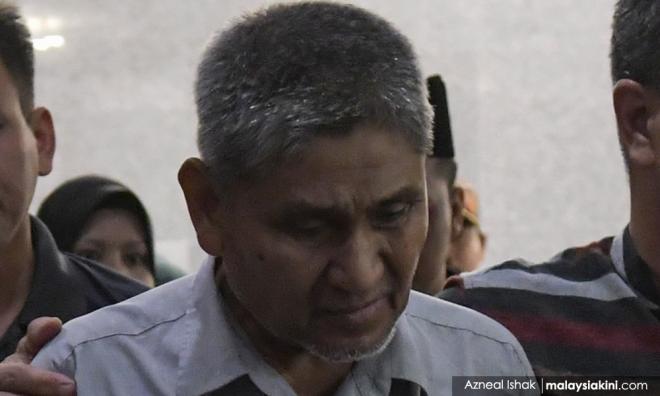 Memories with slain firefighter Muhammad Adib Mohd Kassim will remain in the hearts of his family members, who remained hopeful for justice to be served through the inquest decision expected tomorrow.

Sinar Harian quoted Adib's father Mohd Kassim Abdul Hamid, 63, as saying that visiting his son's grave at the As Saadah Mosque Muslim Cemetery in Kampung Tebengau, Kuala Kedah, together with his wife Asma Aziz, 51, had been a daily routine for the couple.

"If we did not go to his grave for one day, we felt heavy-hearted because we are constantly reminded of him.

Mohd Adib passed away at the National Heart Institute on Dec 17, 2018, after succumbing to injuries sustained during riots near the Seafield Sri Maha Mariamman Temple in Subang Jaya about a month earlier.

An inquest into Adib's death, by Coroner Rofiah Mohamad, commenced on Feb 11 after two conflicting versions of the cause of his death emerged. One version claimed he was hit by a vehicle, while the other said he was beaten by a mob.

Rafiah is due to deliver her decision in Shah Alam tomorrow.

Mohd Kassim further said he had recently gone on the Hajj pilgrimage with his wife and prayed for strength to accept any possible outcome.

"Syukur Alhamdulilah, upon our return from Mecca, we felt relief and our hearts are not as 'heavy' as before.

"We continue to visit Adib's grave when we are free, although we no longer go every day like how we used to," he was further quoted as saying.

Mohd Kassim admitted that losing Adib (above) was a shock to their family, but he welcomed support from not only their immediate relatives but also from strangers near and far.

On the inquest decision tomorrow, Mohd Kassim expressed hope that it would bring justice and closure for the family.

"The inquest decision is not only anticipated by the family but also by other Malaysians who are seeking justice for Adib," he said.

The Coroner's Court in Shah Alam concluded the inquest into Adib's death on July 24 after a total of 30 witnesses were called in the 41-day hearing.

The Housing and Local Government Ministry was represented by senior federal counsel Suzana Atan, who is the deputy head of the Civil Division in the Attorney-General's Chambers.