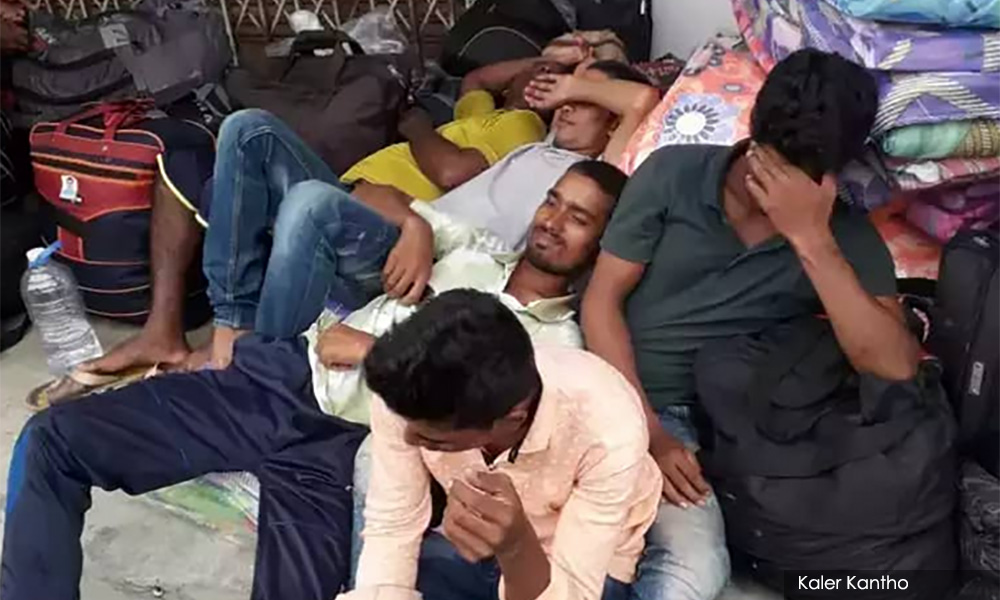 Malaysia and the rest of South-east Asia are part of that trend which is not only changing ideas among Malaysians about company responsibility, but altering how these companies are viewed internationally.

However, despite growing activism reaching into Malaysia and exposing international and regional brands to allegations of forced labour and debt bondage, companies in the country remain largely unprepared to manage this growing risk.

New research shows that fewer than one in five of Malaysia’s top 50 listed companies publish a human rights policy - an essential starting point for companies to be able to set consistent standards.

Overall, these Malaysian companies publish just 27 percent of the information recommended by the United Nations General Principles of Business and Human Rights, which has been established as an internationally-accepted benchmark for eight years.

Despite these low figures, Malaysia is still second-best of five countries researched after Thailand. Other countries were Singapore, Indonesia and the Philippines.

The report, 'Human Rights Disclosure in Asean', was put together by the Asean CSR Network, the Institute of Human Rights and Peace Studies at Mahidol University and Article 30, focusing on published commitments made by companies.

Overall, they conclude South-east Asian companies have been ‘marginally responsive’ to the global business and human rights push, creating a situation where they are becoming ‘under or unprepared and non-compliant without realising it.’

Risks remain high in Malaysia, which is already a priority target for campaigners over migrant labour exploitation, where Malaysia has a poor reputation globally. More than half of Malaysia’s migrant workers, estimated at nearly four million, are believed to be illegal, leaving them especially exposed to manipulative agents and companies.

The allegations led to investigations in Britain, where the National Health Service is a major buyer, and promises of action from the Malaysian government.

Top Glove denied the forced labour claims, but admitted that overtime had exceeded national regulations and said it had put in place measures to ensure compliance with Malaysian law.

The best performing Malaysian companies are from the palm oil and tobacco industries, including Sime Darby, Kuala Lumpur Kepong, IOI Corp and British American Tobacco. They have been forced to learn and adapt in the face of sophisticated international campaigns that continue to disrupt business with a significant impact on reputation, cost and the bottom line.

Their experience is a cautionary tale for other Malaysian companies. They need to be ready for increased focus, not only from growing societal pressure in the region, but also from increasing scrutiny by global campaigners looking to broaden their focus and follow supply chains deep into the region.

Risks are high, particularly in the Asian corridor of Bangladesh, Nepal, Thailand, Myanmar, Malaysia and Indonesia, which are either large importers or exporters of migrant labour. Many regional companies have manufacturing facilities in these areas and China, which is another country with a large population of migrant labour under the intense scrutiny of activists.

Often companies appear unaware of the risks they run and simply do not have standards or systems to monitor performance. These risks are often not in plain sight, obscured in supply chains.

Research shows that much of the abuse of migrant workers happens before their first day at work. Undisclosed recruitment fees charged by agents can plunge workers into heavy debt that they cannot repay during the lifetimes of their contract.

Once at work they may be subject to poor conditions, high overtime hours and confiscation of passports. Some are employed by an agent and shunted from factory to factory, giving them even less control over their conditions of work.

Navigating the migrant worker industry is complicated by a lack of transparency, differing and often absent national regulations, limited national capacity to police what regulations may exist, and unscrupulous operators.

The solution to this complex situation is for companies to understand and take control of the risks they face, take steps to protect reputation, and plan and deliver responsible business plans to budget.

It starts with understanding the risks. Most companies have a risk management system, but only a few seem to adequately identify societal/human rights risks.

Employing migrant labour is a key risk and companies need to understand how it can impact the business and what they need to do to manage it. Companies that simply hire agents to find workers and don’t look further, don’t understand the risk.

A reputation-centred issues management process owned by senior leadership is the best way to achieve this. It should be separate to - but integrated with - the risk management process which sometimes gets cluttered by the white noise of financial and procurement risk.

Management of migrant labour risk starts with recognising human rights as one of the company’s values, which needs to be delivered through clear, mandatory policies and standards across geographies and businesses.

This also means awareness raising and training, particularly at critical points in the organisation, such as HR recruitment, where corruption can be a problem.

The reach of those standards and processes is critical. They need to be adopted through the supply chain. It is not acceptable any more for a contractor to use different values when it comes to treating people respectfully.

Transparency and contract fidelity are key risks operating across borders with a vulnerable stakeholder group. The ordinary rules of contracting and procurement don’t apply. Independent, third party monitoring and audits are expected as part of the monitoring of supply chains, agents and brokers.

To remain a key part of an existing global or regional supply chain, companies must demonstrate a commitment to internationally-accepted standards. Companies must be seen to be doing the right thing.

That means a process to report standards and performance, and engage externally. Sharing problems externally demonstrates a commitment to improvement, and helps improve the overall health of the industry.

Improving human rights performance is integral to a business. For companies that get it right, the benefits will flow straight to the bottom line.

The views expressed here are those of the author/contributor and do not necessarily represent the views of Malaysiakini.
human rights
labour
migrant workers
top glove
Related Reports
Legislate a 'workplace discrimination law'
a year ago
Anwar urges lawmakers to bring up poverty in Budget 2020 debates
a year ago
Please, nip discrimination in the bud!
a year ago
Printing factory raided after alleged abuse of Bangladeshi workers exposed
a year ago