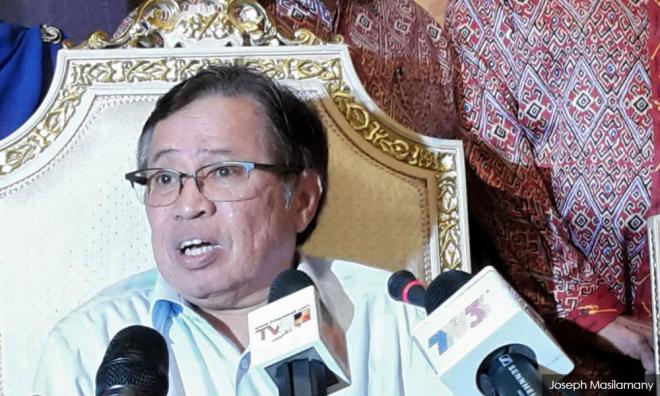 The Sarawak government has pitched a new formula to Putrajaya on "revenue sharing" with Petronas in a bid to recover its revenue losses from oil royalty, said Chief Minister Abang Johari Openg.

Without specifying the date, he said the new formula had been submitted to the federal government.

He said he is aware that the government-linked entity is an international company but that did not mean that it could deprive the state of its revenue.

“We are the ones producing the raw material for Petronas in terms of gas as well as crude oil, particularly gas; so I have my formula which is commercial in nature,” he told reporters after delivering his speech at the Sarawak Women’s Day 2019 event in Kuching today.

Prime Minister Dr Mahathir Mohamad was reported as saying in New York yesterday that giving a 20 percent oil royalty to Sarawak and Sabah would mean that Petronas would no longer become the international oil company that it was.

Mahathir was also quoted as saying the government was trying to work out how it could give both states more money without undermining Petronas’ own strength.

Abang Johari said he could not disclose the details of the formula as it was still under negotiations with the federal government.

“But I am firm on the formula because it will not jeopardise Petronas […] perhaps the federal government may lose some revenue but of course Sarawak also wants to earn revenue. It must be a fair formula,” he said. - Bernama