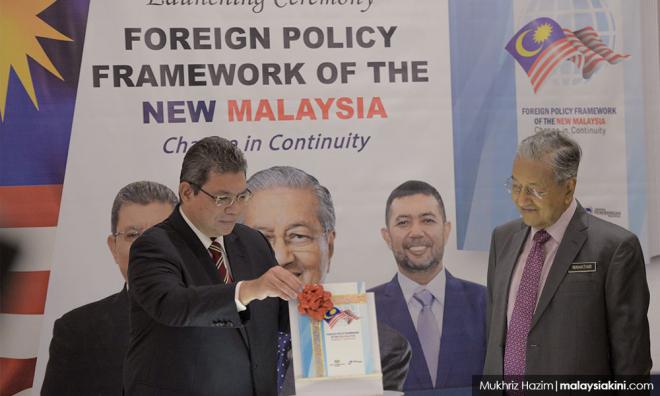 Wisma Putra has not received any official reaction from the Indian government over prime minister Dr Mahathir Mohamad’s remarks on the Jammu and Kashmir conflict in his speech at the United Nations General Assembly (UNGA) recently.

Foreign Minister Datuk Saifuddin Abdullah said the ministry had been closely following the campaign launched by netizens in India via the #Boycott Malaysia hashtag following Mahathir's comment on the issue.

"We are ready to reply if there is a statement from the (Indian) government on the matter but so far, we have not received any official reaction from the Indian government," he said at a session with the media on the foreign policy framework of the new Malaysia, in Putrajaya today.

Saifuddin said as there had been no official statement from the Indian government so far on the matter, Wisma Putra viewed it as a social media fever which would subside after a few days.

Mahathir, in his speech, had touched on the protracted Rohingya crisis in Rakhine State, Myanmar and the Palestinian crisis in Gaza before saying that Jammu and Kashmir had been “invaded and occupied”.

He said the conflict continued despite the UN resolution for both countries (India and Pakistan) to resolve it by peaceful means.