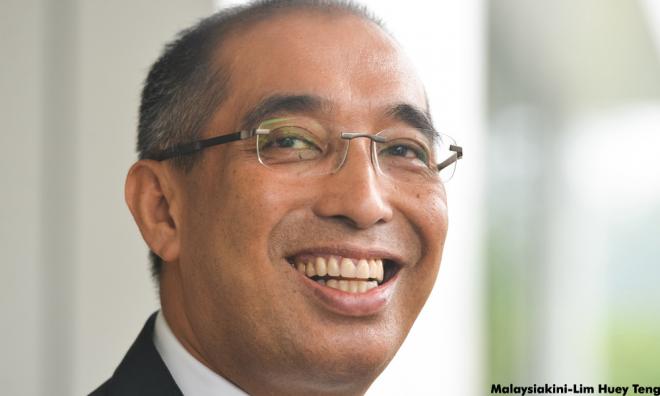 Salleh Said Keruak applies to join PKR, party says this will be discussed

Former communications and multimedia minister Salleh Said Keruak has applied to join PKR, according to the party.

"However, PKR's Political Bureau will discuss and consider this in its next meeting," he said in a brief statement.

Salleh was a staunch defender of former prime minister Najib Abdul Razak during the 1MDB scandal.

However, he and other Sabah Umno leaders quit the party last December.

While most of the Sabah Umno defectors have joined Bersatu, Salleh and former Dewan Rakyat speaker Pandikar Amin Mulia have not.

They both have formed an NGO called the United Sabah Bajau Organisation (Usbo) which last month hosted a Malaysia Day event which was attended by PKR president Anwar Ibrahim.

During that event, both Salleh and Pandikar praised Anwar but denied the event had anything to do with them joining PKR.