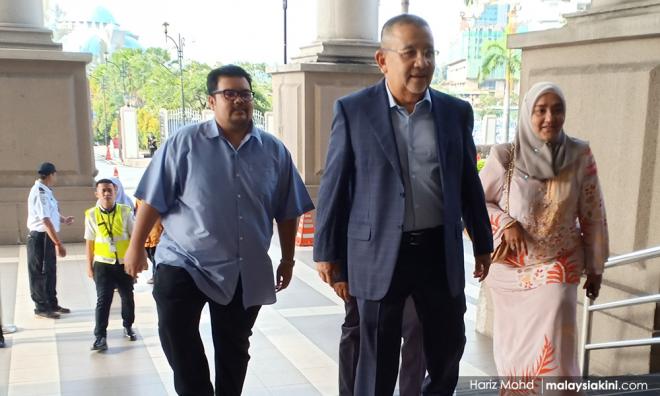 He said the payment of RM499.5 million was as advance to FICSB through a loan Felda obtained from Maybank Islamic Berhad.

The third prosecution witness said when reading a witness statement during an examination-in-chief by DPP Afzainizam Abdul Aziz on the first day of trial in the case of former Felda chairperson Mohd Isa Samad before Justice Mohd Nazlan Mohd Ghazali.

"The paid-up capital is an injection of capital which could be used by FICSB for its business operations. The paid-up capital given to FICSB was considered as an investment which would issue dividend if the company make profits,” he said.

Shahrin who was Felda finance director up to March 2019 said the fund amounting to RM100 million was an advance to FICSB to finance its acquisition of Merdeka Palace Hotel and Suit (MPSB) in Kuching, Sarawak.

“The fund is an advance given to FICSB via a loan Felda obtained from Employees Provident Fund (EPF),” he said.

The witness also confirmed that RM1 million given to FICSB was channelled towards the company’s subsidiary as the loan would have to be paid back by FICSB to Felda.

“I also confirm the fund totalling RM1.88 million was channelled to FICSB as a loan which has to be repaid by the Felda subsidiary,” he said.

On Dec 14 2018, Isa, 70, pleaded not guilty to one charge of criminal breach of trust and nine counts of accepting bribes amounting to more than RM3 million at Menara Felda, Platinum Park, Persiaran KLCC between April 29, 2014 and Dec 11, 2015.

The trial will continue tomorrow.

court
mohd isa samad
felda
criminal breach of trust
ficsb
Related Reports
RM160m hotel purchase not according to Felda's mandate - witness
a year ago
DPP: Isa got paid every time FIC paid the seller
a year ago
Isa Samad appoints new lawyers in CBT, corruption cases
a year ago
Isa to file representation letter over RM3m graft and CBT case
a year ago