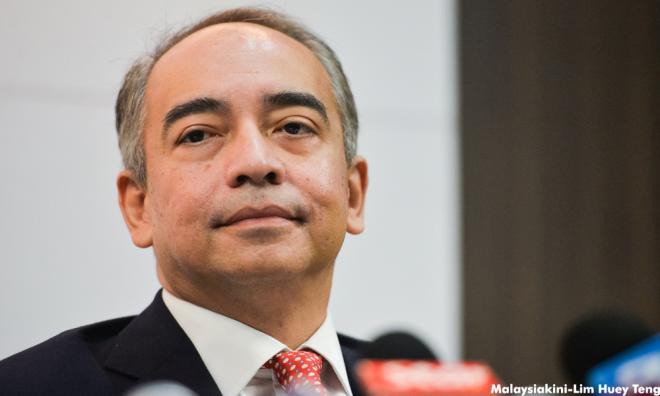 Former CIMB group chairperson Nazir Razak has promised to cooperate with the MACC, which is seeking to compound RM25.7 million in 1MDB-linked money from him.

He is the younger brother of former prime minister Najib Abdul Razak.

In a statement today, Nazir (photo) reiterated that Najib had transferred the funds to a bank account in his name back in 2013.

He also admitted that he had been aware that the RM25.7 million would be used for GE13 campaigns.

However, Nazir claimed to have been informed that the money was “legitimate” and stressed that he had not kept or used any of it personally.

“The funds were subsequently disbursed in cash and in full to Najib’s representatives for what I understood were election campaign purposes – not a sen was retained or used by me.

“I acted in good faith in order to oblige my brother’s (Najib) request for assistance in the GE13 campaign, and back then, I was informed that the funds originated from legitimate political fund-raising and had no reason to think otherwise,” he said.

Nazir recounted how he had previously been cleared of wrongdoing when CIMB investigated him over the funds.

Nevertheless, he vowed to assist the authorities the best he could.

“I have been a vocal and frequent critic of 1MDB, and the idea that the funds which flowed through the account may have originated from 1MDB has been gut-wrenching for me.

“I intend to engage with the MACC to resolve this matter. I fully respect the work that they are doing to recover 1MDB funds, and will assist as best as I can,” he said.

Back in 2016, Nazir admitted to The Wall Street Journal that he had received the RM25.7 million from Najib before allowing CIMB staff to disburse portions of it, in cash, to BN politicians according to instructions from political leaders.

He told the US-based publication that he had believed the funds were “donations”.

Yesterday, MACC chief Latheefa Koya announced that the commission was going after 80 individuals and entities to recover a total of RM420 million in 1MDB-linked funds.

Nazir was named as the individual who had received the biggest amount of money.