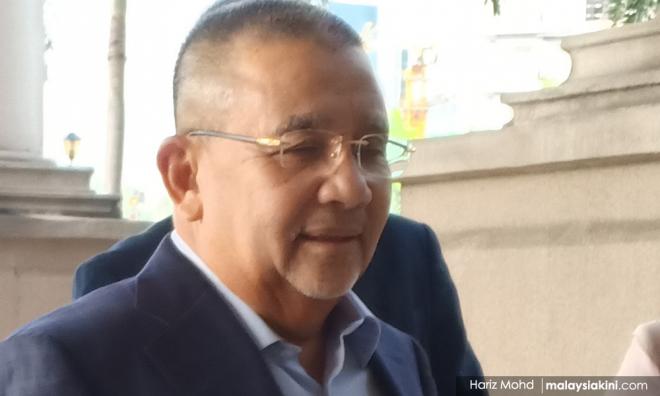 Felda’s Finance Department was not aware that Felda Investment Corporation Sdn Bhd (FICSB)’s RM160 million purchase of Merdeka Palace Hotel & Suites (MPHS) in Kuching, Sarawak, did not have the approval of its board of directors.

Former Felda finance director Mohd Shahrin Mohd Ali, told the Kuala Lumpur High Court today that an application from FICSB, a subsidiary of Felda, for an advance of RM1 million and RM1.88 million to purchase the hotel, made no mention of any approval for the deal.

The third prosecution witness, who is now Felda Transformation Unit director, was testifying on the second day of the trial of former Felda chairperson Mohd Isa Samad (photo), who is facing charges of corruption and criminal breach of trust involving RM3 million.

Asked by deputy public prosecutor Afzainizam Abdul Aziz whether it was really necessary for FICSB to seek the board’s approval on the purchase in order to obtain the advance money, Mohd Shahrin maintained that it was.

Afzainizam: Although advance has been given, approval still needs to be obtained?

The witness said Felda’s finance department would not have approved the advance payment to FICSB had it known that the purchase did not get the approval of the board of directors.

“Based on the practice at the Felda finance department, if the approval is not obtained, we will usually discuss with the management before referring the matter to the Felda general manager or his deputy,” he said.

“I did not know about the hotel purchase until I was officially informed in 2015,” he said.

Mohd Shahrin said Felda’s finance department acknowledged the purchase but was not aware of the RM100 million investment limit that Felda was mandated to give FICSB.

“I came to know about the mandate on the RM100 million investment limit during the trial of a former Felda director involving a fish breeding project in 2017,” he added.

On Dec 14, 2018, Mohd Isa pleaded not guilty to one count of breach of trust, and nine counts of receiving bribes amounting to more than RM3 million.

The offences were allegedly committed at Menara Felda, Platinum Park, Persiaran KLCC between April 29, 2014, and Dec 11, 2015.

court
felda
isa samad
Related Reports
Felda channelled RM653m to FICSB, court hears
a year ago
RM160m hotel purchase not according to Felda's mandate - witness
a year ago
DPP: Isa got paid every time FIC paid the seller
a year ago
Isa Samad appoints new lawyers in CBT, corruption cases
a year ago