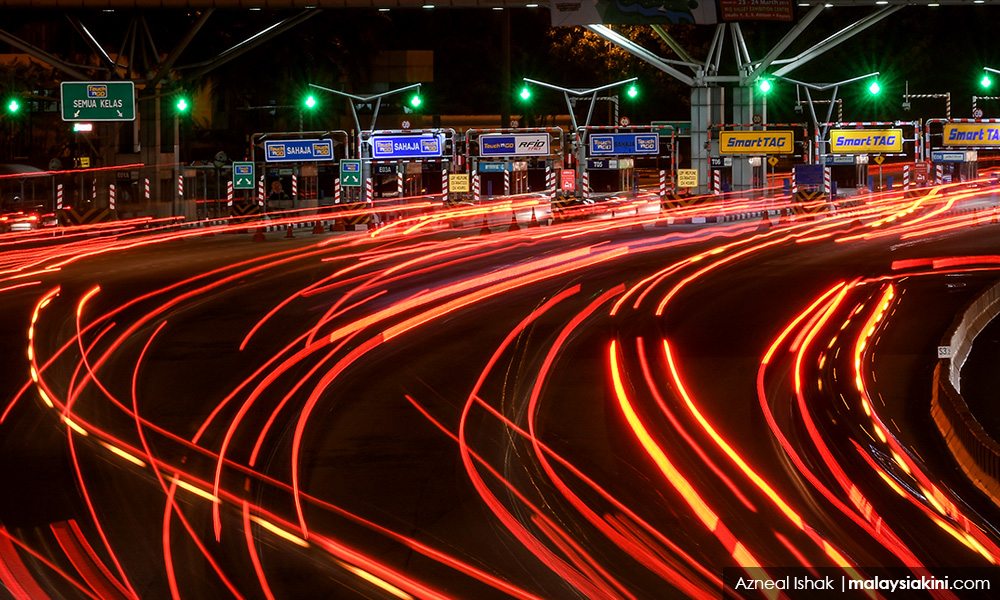 Finance Minister Lim Guan Eng has announced that Plus highway users can expect to pay an average of 18 percent less for tolls starting next year.

"The cabinet is mulling all proposals (to abolish tolls) including Khazanah Nasional's plan to take over or divest all shares in Plus Malaysia Berhad.

"In line with the Pakatan Harapan manifesto, the people can enjoy an average discount of 18 percent at all Plus owned highways," he said during the tabling of Budget 2020 today.

A slide presentation of the discounts to be enforced in 2020 was displayed as Lim read out that part of his speech.

"Proposals received must have a positive fiscal impact and not increase the government's debts, and debt servicing.

"The 18 percent toll discount will save highway users RM1,130 million in 2020, and RM43 billion throughout the balance of the concession period up to 2038," he said.

Previously, besides Khazanah's buyout plans, others have also offered to takeover Plus Highway.

Maju Holdings Sdn Bhd has offered a toll reduction of 36 percent if its takeover offer is accepted.

Widad Business Group has also made an offer for the highway.

Toll for the second Penang bridge will also be reduced from RM8.50 to RM7.

transport
toll
finance ministry
plus malaysia
Related Reports
Maju makes fresh bid for Plus, promises debt write-off and further toll reduction
a year ago
WBG offers to buy PLUS for RM3 bln
a year ago
Dr M: No immediate toll abolition in manifesto, gov't open to rate reduction
a year ago
PM says manifesto 60pct fulfilled, but never promised to abolish tolls
a year ago