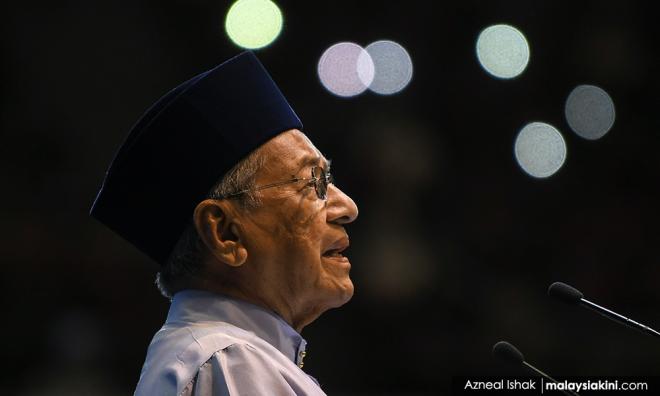 India, which has been the biggest buyer of Malaysian palm oil in the first nine months of 2019, is now considering restricting imports after Prime Minister Dr Mahathir Mohamad's remarks regarding Jammu and Kashmir.

Quoting government and industry sources, Reuters said New Delhi is exploring ways to limit the import of palm oil and other goods from Malaysia.

One of the sources had participated in discussions led by the Ministry of Commerce and Industry on the planned restrictions.

The sources said India wanted to send a "strong signal" to Malaysia.

At the United Nations last month, Mahathir said India "invaded and occupied" Jammu and Kashmir and asked New Delhi to work with Pakistan to resolve the issue.

Sources told Reuters that India is planning to replace Malaysian palm oil with supplies of edible oils from countries like Indonesia, Argentina and Ukraine.

According to data from the Malaysian Palm Oil Board, India purchased 3.9 million tonnes of palm oil from Malaysia in 2019, from January to September.

Contacted by Reuters, a spokesperson for India's Ministry of Commerce and Industry declined to comment on matters still under consideration.

However, Mahathir, when asked about India restricting its imports of Malaysian goods, said there has been no official communication of this.

“That is only reported but we haven't received anything official,” he told reporters in Parliament after the presentation of Budget 2020.

When unveiling the fiscal plan for the nation earlier, Finance Minister Lim Guan Eng said Putrajaya was frustrated with the smear campaign by the European Union (EU) and the United States on the palm oil industry.

He said the government was frustrated by the smear campaigns launched by the European Union (EU) and the United States on the palm oil industry.

The minister said the government was concerned about how the planters, especially smallholders, have been impacted by the low rubber and palm oil prices.

To assist them, Lim announced the government would provide RM550 million in soft loans for oil palm smallholders with an interest rate of two per cent.

The 12-year government loan allows oil palm smallholders to only begin repaying after the fourth year.