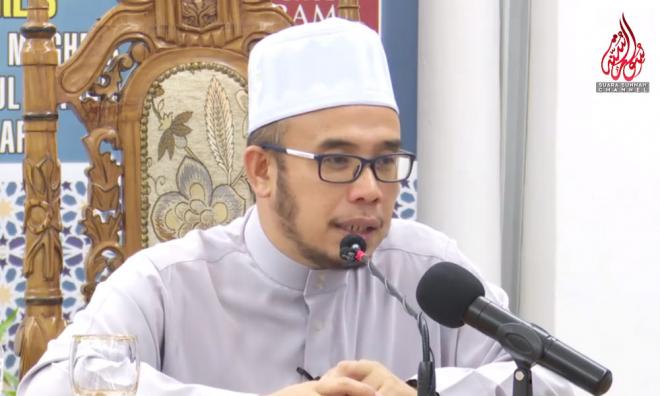 DAP's Satees Muniandy has reacted with outrage to the Perlis mufti calling his party a 'threat to national security and cancer that is getting worse and worse'.

"I read on Facebook that the Perlis mufti Mohd Asri (Zainul Abidin) has given a few comments on the arrest of seven individuals, including two DAP reps for links to the LTTE (Liberation Tigers of Tamil Eelam).

"I think this is uncalled for him to support the arrests even after the police said not to interfere and let justice take its course," Satees told Malaysiakini today.

"What more he is such a staunch supporter of the preacher Zakir Naik who is wanted in India on terror-linked charges. Even Bangladesh, a Muslim majority nation shut down Zakir's Peace TV," he added.

Satees, who is state assemblyperson for Bagan Dalam, said the mood now was to divide the population, distract from the presence of Zakir Naik and to create falsehoods and lies by targeting an innocent minority.

The Perlis mufti had posted on Thursday night that "if anyone makes a public statement in support of al-Qaeda or IS, they will be arrested and charged".

"Therefore, DAP leaders who openly state support for LTTE terrorists should be prosecuted and arrested. How dangerous for the country if there are political leaders involved in supporting terrorist groups and efforts to shed blood?"

"I believe that if this continues, the majority of Malaysians will see DAP as not only a threat to the country's constitution but a threat to national security. The cancer is getting worse and worse," wrote Mohd Asri.

On Thursday, police detained two DAP assemblypersons over their alleged connections with the Liberation Tigers of Tamil Eelam (LTTE).

The two are Malacca exco member G Saminathan and Seremban Jaya assemblyperson P Gunasekaran and are among seven individuals held under the Security Offences (Special Measures) Act (Sosma) which allows for 28 days of detention.

Bukit Aman said the state reps were involved in an LTTE remembrance event in Malacca last year, where they delivered speeches in support of the group.

"They were also found to have distributed reading materials and items related to LTTE during the event," police said.

Among the seven was an insurance agent who allegedly planned to carry out a terror attack at the Sri Lanka High Commission building in Kuala Lumpur.

IGP: Police are being fair, sticking to SOP in terror probe
12 Oct 2019
Saravanan on LTTE arrests - guilty must pay, innocent must not be mistreated
12 Oct 2019
LTTE dragnet - they got the bogeyman they wanted
11 Oct 2019
After LTTE arrests, Penang DAP Youth want cops to act on Zakir Naik
11 Oct 2019