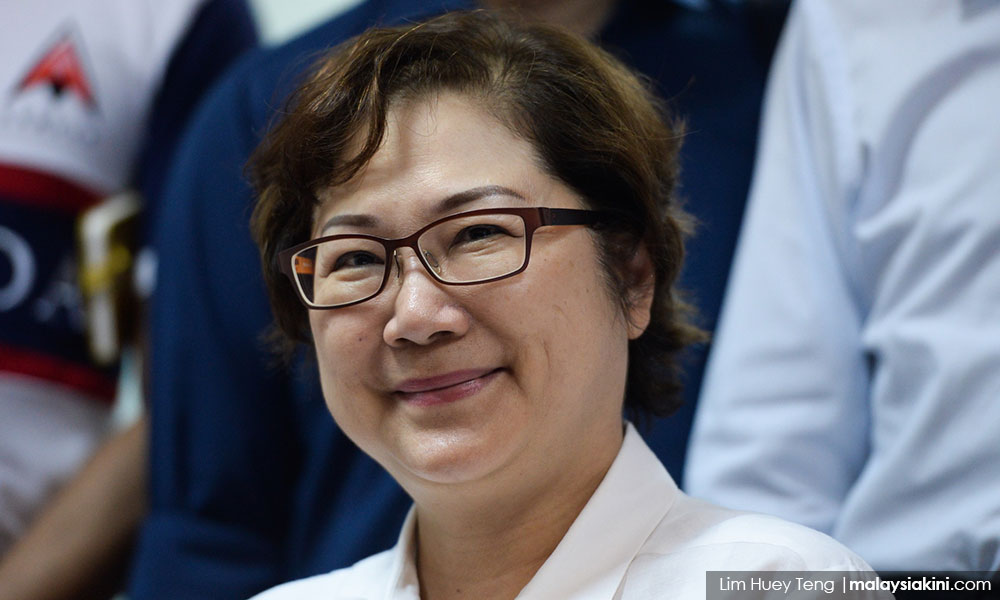 While lauding the doubling of the annual federal special grant for Sabah to RM53.4mil, Sabah Deputy Chief Minister Christina Liew said that Budget 2020 failed to address the call for the return of 40 percent of the federal revenue taken from the state.

Noting that the RM5.2bil in development funds allocated to Sabah was also an improvement, she told The Star that it is still not enough and that Finance Minister Lim Guan Eng had not addressed the return of 40 percent of the revenue derived from Sabah to the state.

Liew (photo) added that Sabah MPs should seek a mid-term review of the Budget.

She did highlight that for the first time since 1969, the annual Federal Special Grant of RM26.7mil for Sabah and RM16mil for Sarawak as provided for under the Malaysia Agreement 1963 was being reviewed.

“The Pakatan Harapan government has proposed to double the rate to RM53.4mil (sic) for Sabah and RM32mil for Sarawak beginning next year.

“On top of that, over the next five years, the government will further double the grant to RM106.8mil for Sabah and RM64mil for Sarawak, ” she said.

The East Malaysian states also had the highest development budget with an allocation of RM5.2bil for Sabah and RM4.4bil for Sarawak.

“We appreciate the government’s attention on Sabah and Sarawak, ” she said but felt the development fund was insufficient for developing Sabah’s rural poor areas, which are significantly lagging behind most of the country.

“The RM300mil allocation for the repair of dilapidated schools is also totally inadequate," Liew added.

Liew, who is also the state Environment, Culture and Tourism Minister said the Federal Government's planned return of 50 percent of the tourism tax collection to each state in conjunction with Visit Malaysia Year 2020, was not enough for the maintenance or repair of existing tourism infrastructure, let alone new projects in the area.

However, Head of the Planning and Development Economics Programme in Universiti Malaysia Sabah (UMS), associate professor Janice Nga, was more optimistic about the budget.

Nga said the proposal to double the annual Special Provision to Sabah and Sarawak under Article 112D of the Federal Constitution from next year was evidence of the Pakatan Harapan (PH) government’s commitment towards the Malaysia Agreement 1963 (MA63).

Describing Budget 2020 as people-friendly and would bring about prosperity in the long term, Nga said the budget also showed that the Malaysian economy under the present government was growing positively and on the right track.

“The increased allocation for Sabah and Sarawak shows that the country’s economic performance is growing positively as the government is able to increase allocations to both states,” she told Bernama

Nga said this move would have huge benefits for the people of Sabah and Sarawak as the allocation would boost development in the states, especially in basic infrastructure and facilities.