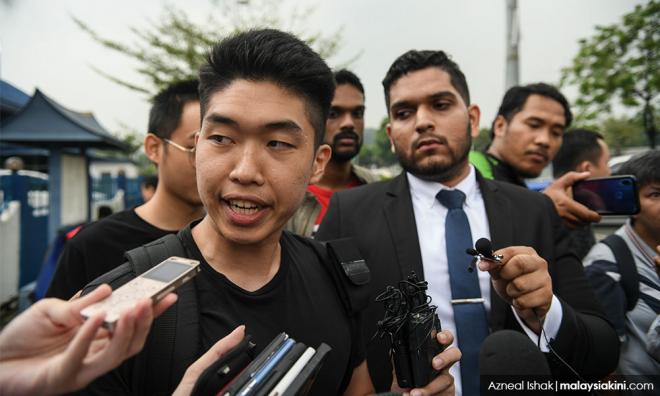 Universiti Malaya (UM) graduate Wong Yan Ke is now being investigated under Section 504 of the Penal Code after the university lodged a police report over his protest during the varsity’s graduation ceremony yesterday.

According to the activist’s lawyer Asheeq Ali, police had received ten reports from the public against his client, and the case is being investigated under Section 504 which is intentional insult with intent to provoke a breach of the peace.

Wong, who is a former University Malaya Association of New Youth (Umany) chairperson, was called to the Petaling police station to give his statement this afternoon...