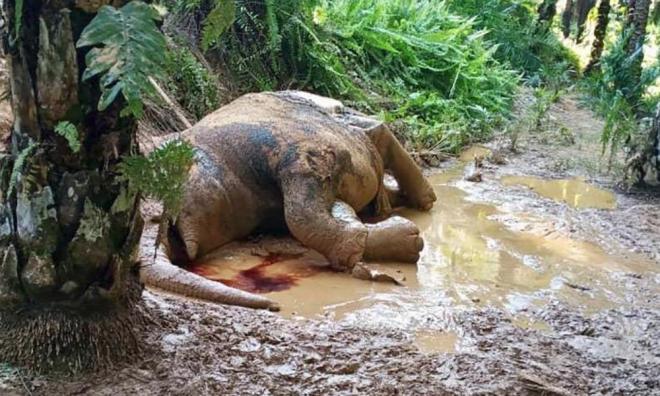 Another pygmy elephant, an endangered species, has been found dead with gunshot wounds.

The elephant's tusks were also removed, according to a Star Online report.

The carcass was discovered in a plantation in Beluran.

"Our team of vets and rangers went to conduct a post-mortem and investigations in the evening after the discovery.

"From what we know, the elephant was shot dead and had its two tusks removed," he was quoted as saying.

Last month, a pygmy elephant was also found dead in Tawau with around 70 gunshot wounds.

Its tusks were also removed by suspected poachers.