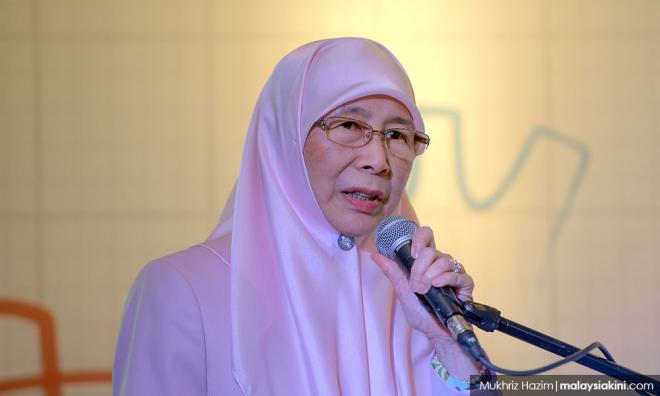 The government is in the midst of evaluating and discussing with the relevant quarters to review the need to amend the law on attempted suicide, Deputy Prime Minister Dr Wan Azizah Wan Ismail said.

Wan Azizah, who is also women, family and community development minister, said the ministry had also convened an internal meeting with other relevant agencies on the rising mental health issues.

“I have also discussed the issue of decriminalisation of attempted suicide during the inter-agency meeting on mental health issues.

“At the meeting, (Health Minister) Dzulkefly Ahmad and I gave emphasis on the need for the government to carry out a review on Section 309 of the Penal Code (for attempt to commit suicide),” she said after launching the Digital Space programme at the National Skills Development Centre (NSDC) in Serendah today.

The deputy prime minister said the Attorney-General’s Chambers was also in the midst of studying and reviewing the existing law related to the issues.

“Once the study is completed, I will discuss the matter with the law minister in the Prime Minister’s Department, Liew Vui Keong,” she said.

Wan Azizah said this in response to Mental Health Promotion Advisory Council member Lee Lam Thye’s call for the decriminalisation of attempted suicide and to repeal Section 309 of the Penal Code because the people who attempt suicide were not criminal but might be suffering from depression, anxiety and many other mental illnesses.

On the Digital Space programme, which is a strategic collaboration between Malaysia Airports Holdings Berhad and the Women, Family and Community Development Ministry through the Social Welfare Department, Dr Wan Azizah said she was confident that such support and collaboration would help in strengthening the ministry’s community development programmes.

The Digital Space programme sees 13 sets of computers at the ICT lab of the NSDC in Serendah being upgraded to benefit over 50 students at the centre.