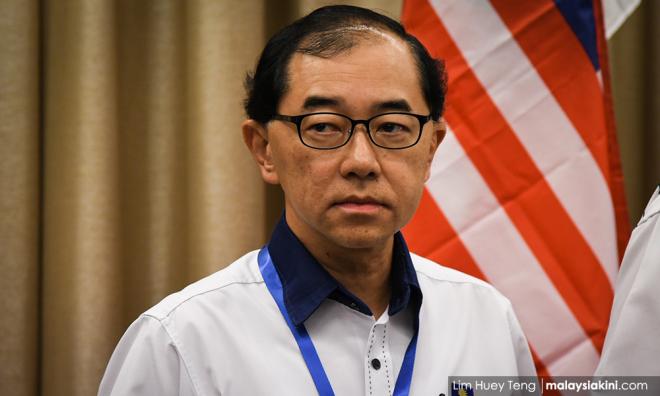 MCA: Reducing threshold for property purchases by foreigners is pro-developer

The government’s move to lower the threshold of property purchase by foreigners from RM1 million to RM600,000 is just a symptomatic remedy that may even create a steeper slope for Malaysians who wish to purchase a home.

"Even though it seems plausible, it simultaneously sends a message to developers encouraging them to forgo affordable housing and focus on building high-end, RM600,000 properties," said MCA deputy president Dr Mah Hang Soon.

He said that such a 'band-aid solution' would only aggravate the problem of the lack of basic housing.

"In the short term, it can be foreseen to solve the issue of luxury property overhang; however, in the long run, it will surely lose its effectiveness, devolving into a policy which welcomes foreigners with open arms while its own people remain stricken with homeownership problems," Mah claimed.

It should be noted that soon after announcing the policy last week, Finance Minister Lim Guan Eng clarified that the reduced price threshold for foreigners is only for existing unsold condominium units and will not cover new projects.

Housing and Local Government Minister Zuraida Kamaruddin (below) also weighed in, saying that her ministry was coming up with more attractive packages under the MySecond Home Scheme for foreigners to buy unsold luxury properties.

Mah claimed that such a policy is detrimental in the long run and that the Harapan government is indifferent to politicising the issue of Malaysian homeownership.

"Given that the Malaysian ringgit is performing weakly, it will be child’s play for rich foreigners buying these properties. Hence, the result of all this is an enriched developer, while the rakyat is nowhere any richer," he added.

He called on the government to engage in discussions with developers by devising plans and packages to encourage the sale of overhanging properties.

"Lowering the threshold, besides encouraging city developers to raise the bar to RM600,000 to attract foreign buyers, will also cause the second-line affordable housing to similarly become more expensive, seeing increments of RM100,000 to RM200,000.

"At the end of the day, this chain reaction might even jeopardise the organisation structure of Malaysian properties altogether," he said.