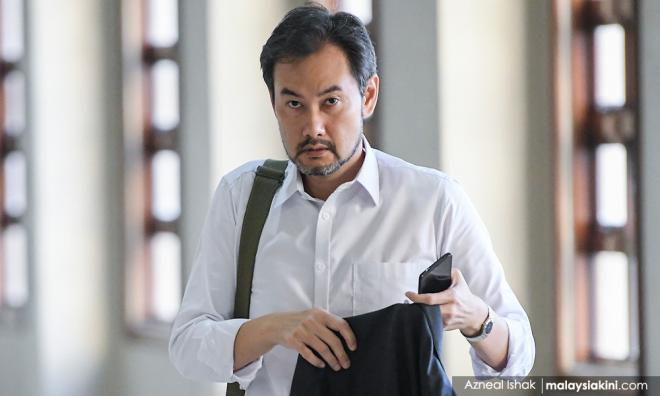 Shahrol Azral Ibrahim Halmi (photo), the ninth prosecution witness told the Kuala Lumpur High Court today that there was no difference in his mind between the entity and the former prime minister.

"Whatever Najib wanted doing, I needed to get it done. At that time, I was trying to reconcile what the 1MDB board wanted and 1MDB board of advisors chairperson Najib wanted”, he said.

The witness said this when cross-examined by lawyer Muhammad Shafee Abdullah on the 25th day of the former premier's 1MDB trial.

He was explaining the rush in signing the deal between 1MDB and PetroSaudi International Ltd (PSI).

"It was important to set the context on why the decision on the PSI deal was done quickly and that I bulldozed everything through. I believed this was what Najib wanted," he said.

The court also heard that the fugitive businessman Low Taek Jho, or Jho Low, was also the advisor for PSI when the two companies (1MDB and PSI) were going into a joint-venture in September 2009.

"Jho Low himself informed me about the matter. I did not see that as a conflict of interest albeit Jho Low was also advising 1MDB at the same time," he said.

Shafee: You owe a duty to the board as a collective body, do you know what kind of duty is that?

Shafee: What is a fiduciary duty? Do you understand the word?

Shafee: No! that is not what it means. A fiduciary is a duty to be transparent and honest and act in the best interest of the board and the company. Obviously, you didn't understand the word.

Shahrol: Well, I was honest and transparent

Shafee: Let the judge decide whether you were being honest or not. How can you not understand directors having a fiduciary duty?

Shafee: But you didn’t know what it means. I’m putting to you, you don’t seem to care your fiduciary duty to the board.