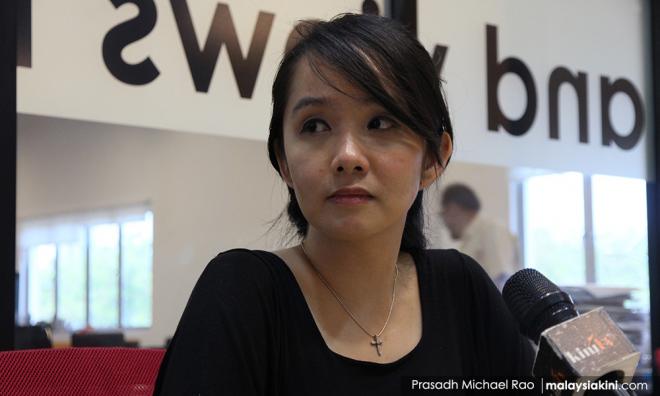 DAP Subang Jaya assemblyperson Michelle Ng has called for an end to the politicking involving Pakatan Harapan of late, labelling the current series of events as “tiring, selfish and disappointing”.

“Tiring, because it's childish and repetitive. Selfish, because such conduct serves only to boost the ego, but compromises stability, which is what our economy, investors and Malaysians need.

“Disappointing, because the chaps involved are most, if not all, older than me,” Ng (photo) said in a series of tweets last night.

Although she did not name any parties or politicians, she is believed to be referring to the fallout from the comic by former DAP member Hew Kuan Yau, the referring of Ronnie Liu to DAP disciplinary board and the resulting infighting among coalition parties.

Ng said she was more interested in policy-making and serving, and not in the politics of power.

“So please, for the sake of the rest of us who just want to work, stop it.

“My boss taught me to 'make every mistake once'. So take this as a mistake and don't repeat it,” she said, without naming any specific party or politician.

“Malaysians deserve better than this.”

Her Twitter thread largely solicited favourable responses and has been retweeted over 500 times as at the time of writing.

The ruling coalition has been rocked with a number of controversies in the past few months.

Recently, DAP leaders have come under pressure for the publishing of the comic Belt and Road Initiative for Win-Winism which featured forewords by party secretary-general Lim Guan Eng and chairperson Tan Kok Wai.

The book was recently banned by the Home Ministry citing reasons, among others, that it promoted and spread erroneous facts about the communist ideology, it could create doubt among the younger generation about Malaysia's history and disrespected the sensitivities of a multiracial society.

The Education Ministry is also investigating how the Bahasa Malaysia version of the book was allowed to be placed in school libraries.

In a separate matter, Liu, who is DAP central committee member, has been referred to the party disciplinary committee over a comment piece he wrote which was heavily critical of Prime Minister Dr Mahathir Mohamad and Bersatu.

Liu's piece invited rebuke from Bersatu leaders, including its youth chief, Youth and Sports Minister Syed Saddiq Syed Abdul Rahman, who threatened an open political attack against all DAP leaders if Liu failed to apologise or if no action is taken against the latter.

Meanwhile, the coalition is also defending against reports of a plot  allegedly being orchestrated by certain Harapan leaders with former BN minister Hishammuddin Hussein, who is still with Umno, to form a new government without DAP and Amanah.

This comes amidst the backdrop of speculation that Mahathir is not intending to honour the transition pact of handing over the premiership to PKR chief Anwar Ibrahim before the end of the former’s full five-year term.