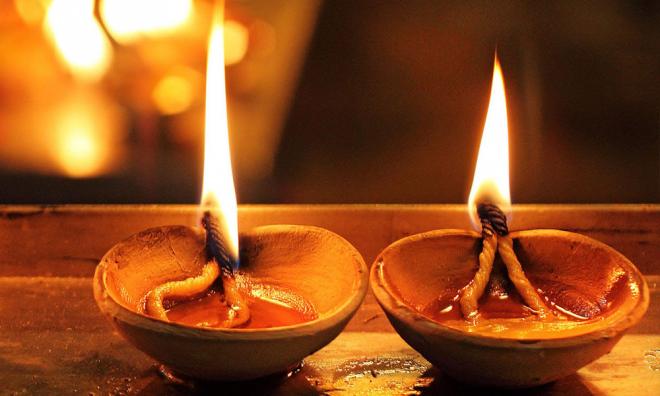 A wet Festival of Lights helps to cool down political temperature

COMMENT | A wet and happy Deepavali has a way of cooling down the political temperature of the country.

After weeks of heated diatribes on a number of issues on the social media thrown out by politicians, culminating in a warning by a re-radicalisation expert that this would lead to radicalisation if the heat is not stymied, it seems as Deepavali approaches, the temperature is going down assisted by the merciful rain.

First, we have Home Minister Muhyiddin Yassin who said two days before Deepavali that the succession issue is something that has been discussed as it is inevitable and that it was not a question of who will take over, but when it will take place.

“(Prime Minister) Dr Mahathir Mohamad is our leader and let’s wait for that (transition), but in the meantime, we should continue our work. At present, the country’s development is more important as the Pakatan Harapan government has many unresolved matters and the prime minister has always stressed the importance of economic recovery,” he had said to the Malay Mail.

He also called on Harapan leaders to reach a consensus on the matter and stop the infighting.

Responding to Muhyiddin’s call the next day, Deputy Prime Minister Wan Azizah Wan Ismail (photo) spoke of her willingness to discuss the issue within the Harapan presidential council because the matter should be internally discussed and based on consensus among leaders of Harapan component parties.

And to top it all, on the eve of Deepavali, Mahathir said he is agreeable to the matter being discussed within the council because it was in the presidential council that names and positions of Harapan leaders were first proposed.

“And also Anwar Ibrahim’s position, and the proposal for me to be the chairperson and prime minister to be,” he told Malaysian media before departing from Baku, Azerbaijan for a two-day official visit to Turkmenistan.

Even the opposition BN gets it.

“The issue of transition from the seventh to the eighth prime minister is Harapan’s internal affair which can be decided by its 138 MPs.

“Only if Harapan fails to achieve a consensus does the need for the opposition bloc to take a position arises,” said Umno secretary-general Annuar Musa in a statement on Deepavali’s eve.

This helps to douse the fire of speculation over the backdoor plot to become the government allegedly masterminded by Sembrong MP Hishamuddin Hussein, who was a former Defence Minister.

Hishamuddin, however, has denied any involvement in the plot.

Many political and economic analysts believe that the succession issue will cast a pall on the economy because of the uncertainties that it engenders, putting a spanner in the works of the government to achieve its shared prosperity vision.

On Friday, advisor to the police deradicalisation programme, Ahmad El Muhammady who had interviewed dozens of militants, expressed concern over the open polemics regarding race, religion and political ideologies on social media.

Speaking at a forum on “Violence and national security: Are we ready?” the lecturer at the International Islamic University said: “If you don't trust me, open Facebook and read the comment section. As a deradicalisation researcher, the views there are only a step away from something radical.

“Is there a possibility that the country is heading towards (another) May 13, 1969? I’m confident that it could happen. It is waiting for a trigger.

“This is my warning: if there are not enough efforts to stymie the heat among the people, don't be surprised if the May 13 incident recurs.”

A day after the warning, on the eve of Deepavali, Federal Territories Minister Khalid Abdul Samad (photo) weighed in on the issue of race by saying a race-based gathering itself is not racist until it is used as a platform to create hate against other ethnicities.

“Gathering is not a problem, but it is the content. All races and ethnicities do gather to discuss problems faced by them and the country to find ways to address the problems.

“However, if it (the gathering) is used to sow hatred towards other races, only then it is being racists,” he said over Twitter in response to Mahathir, who had expressed frustration over allegations that the recent Malay Dignity Congress was a racist gathering.

Finally, on the detention of 12 individuals suspected of having links with activities related to the LTTE, PKR President Anwar Ibrahim appealed to all quarters to leave it to the police and give them space and support to conduct investigations on the matters of crime and terrorism.

Speaking at the 18th Deepavali Carnival on Friday, Anwar urged all parties to be careful in applying security laws as some can be draconian and not up to the standards of human rights and due process.

Stressing that he did not mean to question the action of the police to safeguard the country from elements that are out to create trouble, he said, “Only speed up the process. Speed it up to bring them to court.”

And as if responding to Anwar, on Deepavali day itself, Bukit Aman’s Special Branch Counter-Terrorism Division principal assistant director, Ayob Khan Mydin Pitchay, says the police have submitted their investigations papers to the Attorney-General’s Chambers.

So the ball is now on the AG’s feet.

The Festival of Lights has made everyone sees the light of day and rays of hope for a better, harmonious future seems to be in the offing.

Netizens out there, let’s strive to contribute to the effort to cool down the temperature further by being courteous and civil in your comments on social media, and whenever we could not agree with one another, let’s graciously agree to disagree then!