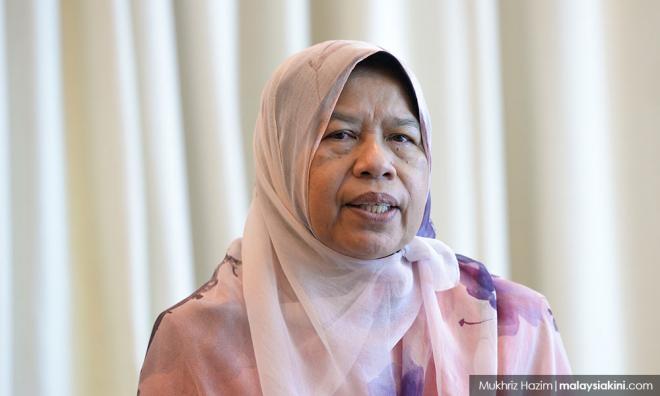 Foreigners can only buy houses at reduced prices in 2020

PARLIAMENT | The proposal to lower the ceiling price of condominium and apartment units in the city for foreigners to buy, from RM1 million to RM600,000, will be implemented for a period of one year only.

Minister of Housing and Local Government Zuraida Kamaruddin (above) said it only involved 3,938 unsold units of such residences.

“This is only valid for one year, from January to December next year for apartments and condominiums in the city.

“It also applies to completed houses. There is speculation that developers will build more houses (for foreign buyers). It will be ridiculous if the National Housing Department were to approve the matter,” she said.

Zuraida said this while winding up the debate on the Supply Bill 2020 in the Dewan Rakyat yesterday.

She said the implementation of the proposal was hoped to restore some of the developers' financial position to help ease their cash flow so that they could continue to be involved in the construction of affordable housing.

Finance Minister Lim Guan Eng announced the proposal during the tabling of the Budget 2020 to help reduce the bulk of RM8.3 billion worth of unsold condominium and apartment units by the second quarter of 2019.

Zuraida also urged all parties not to worry as the total homeownership by foreigners for the period January to June was very low, at 398 people (0.4 percent), compared with Malaysian ownership of 99,524 people (99.6 percent).