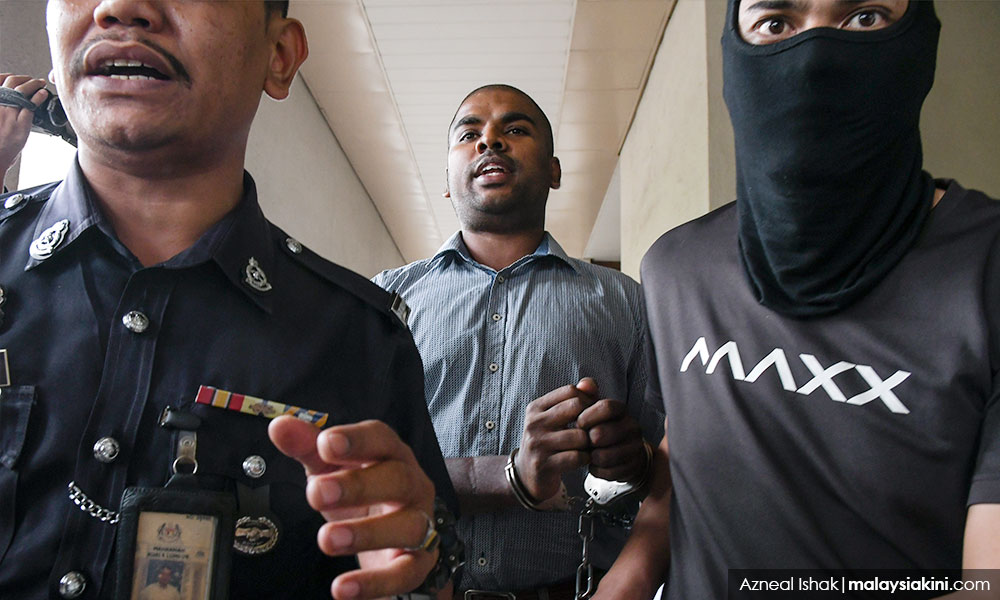 YOURSAY | 'Are LTTE sympathisers a greater danger than returning battle-hardened IS militants?'

If host country Sri Lanka is nonchalant about an independence movement that has been defunct for 10 years, why should a distant country like Malaysia be such a busy body as to prosecute the defunct movement’s suspects with charges that may lead to life imprisonment – a punishment normally reserved for convicted murderers?

This is not normal human behaviour and it certainly defies all common sense. Any fool can sense that there is an ulterior motive.

So, who is the target of this vicious witch hunt? And who is the mastermind?

Leaders of component parties of Pakatan Harapan - particularly DAP whose elected representatives are among those arrested and charged - must give these questions their serious deliberations and come up with responsible responses.

Lest the entire Harapan coalition will be condemned and punished by the electorate who are disgusted with their stupid silence and acquiescence to such a contemptible act.

David: What about those from Syria? Why are there “plans” to bring them home for rehabilitation?

And what about those who are already quietly accepted home and reinstated back among our society? Why the double standards?

Kangkung: On Sept 8, Inspector-General of Police Abdul Hamid Bador said they are bringing back the wife of the terrorist Muhammad Wanndy Mohd Jedi and other Malaysian terrorists from Syria.

Do you see the difference here? Nine men could be sentenced to life imprisonment, or not more than 30 years in jail, for their so-called support for a defunct group.

But the IGP is going all out to bring back IS terrorists who will not be sentenced to life imprisonment.

Odysseus: Indeed, if we are serious about eliminating terrorism, I wonder why we are not charging those who were fighting for IS overseas under such law, but try to rehabilitate them?

These people have proven to be dangerous as they carried out armed attacks overseas.

Anonymous_1544340881: If the charges reported by Malaysiakini are accurate, then should the returnees from the Middle East who actually joined IS to wreak havoc and misery on all across the world not be treated at least the same, if not much more severely?

From what I hear, the vast majority will be assessed and if deemed not to be a threat, they will be given religious counselling and monitored.

I find the discrepancy in the proposed treatment to what is being meted out now to the so-called LTTE sympathisers unfathomable and incomprehensible.

1. The LTTE is defunct; IS is active.

2. LTTE’s presence has a limited scope in Sri Lanka, or Tamil Nadu in India. IS has a global reach across the Middle East, France, Germany, UK, Sri Lanka, Indonesia, and the Philippines.

a. Have not fled or left jurisdiction;

b. Have committed no acts of active terrorism and were only accused of “supporting” the movement; and

c. Appear to be productive members of society - no harm proved.

4. In contrast, IS returnees

a. Had left Malaysia;

b. Supported IS in genocide, murder, rape, torture and enslaving victims including women and children, causing untold horror and misery to their victims; and

c. From what can be seen, have not in any way contributed meaningfully to society, unlike the LTTE "detainees" who include public figures.

I am neither Indian Hindu or Malay Muslim, and as someone who has just returned after many years working abroad, I do not believe that this is how the rule of law should be applied in Malaysia and without any explanation as well.

We have full visibility on what is happening to the LTTE detainees, but what about the IS returnees?

What has happened to them? How many have returned so far? What is the total number yet to return? Where are they and what punishments have been meted out?

Falcon: Is the narrative then that “LTTE sympathisers” here are more a clear and present danger to Malaysia, than returning battle-hardened, weapons-skills trained, field experienced terrorists and others, who were sex incubators for a wide nationality of other terrorists embedded in terror acts in Syria and Iraq? Who also committed treason against king and country?

And their treason is forgiven after a month of “rehabilitation”?

We wait for the LTTE trials to commence. I am sure there will be a host of international human rights activists, NGOs, and foreign government experts who would be also monitoring the process.

Clever Voter: The police have a lot to answer for such charges.

Association with a defunct organisation is not exactly a national threat. From a layperson’s perspective, it is even more of a risk to the local community to allow preacher Dr Zakir Naik to roam free.

Newday: So much time and effort by the police over this defunct organisation. Even when the LTTE was active 10 to 20 years ago, there was no action by Malaysian authorities then to investigate and arrest locals as a threat to our national security.

Why? Because there was no threat. I am sure there were many sympathisers and fundraising for the LTTE then.

If there is clear evidence that the current activities of the nine are causing a real threat to our security, then so be it – well done, PDRM.

But if all these charges relate to history, then this is one of the biggest and most biased beat-ups ever in this country and it has all happened under the watch of Pakatan Harapan.

There go all your votes from the Indian/Sri Lankan and Malay communities, and probably mine as well.

yoursay
islamic state
terrorism
ltte
Related Reports
12 charged over alleged links to LTTE activities, face life imprisonment
a year ago
Lawyer: Four to face new LTTE-linked charge, including 2 DAP reps
a year ago
'My husband is not a terrorist' cries wife of PKR man charged for LTTE-linked items
a year ago
DAP reps, teacher, businessperson among those charged over 'LTTE links'
a year ago