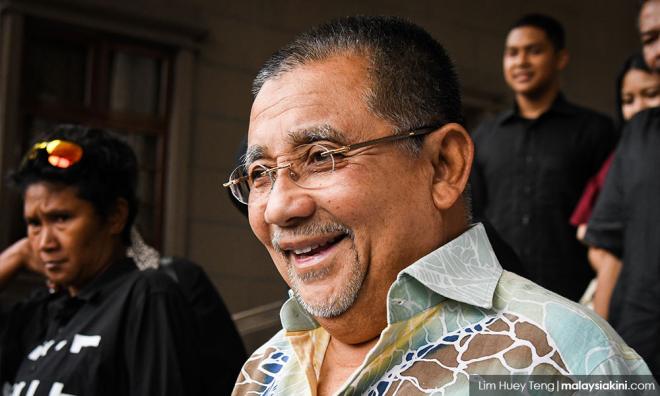 Isa Samad applies for return of passport to perform umrah

The High Court in Kuala Lumpur today set Nov 27 to hear an application by former Felda chairperson Mohd Isa Abdul Samad, who is facing charges of criminal breach of trust (CBT) and corruption involving more than RM3 million, for the temporary return of his passport.

She said Mohd Isa applied for the return of the passport to enable him to travel abroad on Dec 10 to perform the umrah and visit his daughter in the UK.

Mohd Isa, 70, surrendered his passport to the court after he was charged with one count of criminal breach of trust and nine counts of receiving bribes amounting to more than RM3 million in connection with a hotel purchase in Kuching, Sarawak, by Felda Investment Corporation Sdn Bhd.

The offences were allegedly committed at Menara Felda, Platinum Park, Persiaran KLCC between April 29, 2014, and Dec 11, 2015.