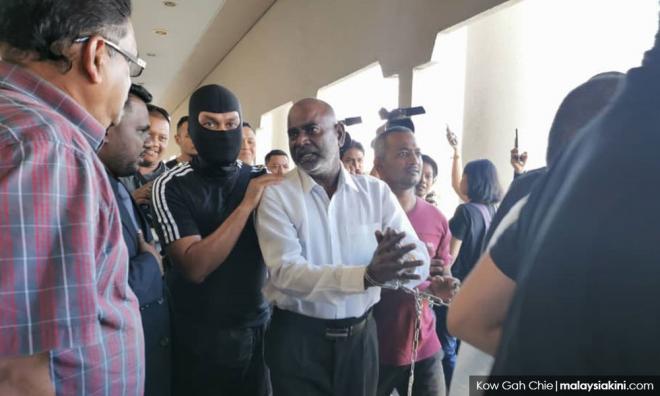 In separate reports published on the party mouthpiece Umno Online today, they raised the issue that the DAP representative appears to have been given preferential treatment compared to other terrorism suspects.

“Why does the attorney-general have double-standards for suspects in the LTTE case that involves prosecution under the Security Offences (Special Measures) Act 2012 (Sosma), compared to those who have been arrested, charged and punished for lesser offences?

“Is it because those arrested this time are leaders and DAP supporters?” Umno president Ahmad Zahid Hamidi was quoted as saying.

Umno Wanita chief Noraini Ahmad said the court’s decision to accept the prosecution’s application to withdraw the charges did not bode well for the judiciary’s image.

“The court decision indirectly creates a negative impression of the country’s judicial institutions. The people will see DAP members as ‘immune’ from any legal action,” she said, while stressing that she was not questioning the court's decision.

She speculated that the decision was made due to pressure through “back channels”.

“Is that a coincidence?” he asked.

He also questioned whether Mahathir was under pressure from DAP leaders to compromise on matters of law and national security.

“Where is the principle of rule of law that they trumpeted?

“After the accusations of graft against (DAP secretary-general) Lim Guan Eng had been dropped even though court proceedings were still ongoing, the attorney-general should come forward to explain this latest incident,” he said.

As for Umno Puteri chief Zahida Zarik Khan, she said the dropped charges were proof that Harapan practised selective prosecution even as it preached the rule of law.

She said even her friends in the police force had expressed disappointment with the prosecution’s decision not the pursue the charges against Gunasekaran.

“Question after question is raised. Is the attorney-general who is seen to be close to DAP a factor in the charges being withdrawn?

"The people are anxious and feel unsafe when the government is opaque and unjust in enforcing laws related to national security. Is this government still defensible?” she said.

In contrast, she said master’s student Siti Noor Aishah Atan was sentenced to five years’ imprisonment after being convicted of possessing 12 books related to a terrorist organisation.

“There is no difference between the charges against the two of them, where the DAP assemblyperson is accused of supporting the LTTE and possessing paraphernalia linked to the group.

“Unfortunately for Siti, she is only an ordinary citizen and not a DAP leader, so she will languish in prison for five years,” she said.

The prosecution was originally scheduled to file two new charges against Gunasekaran today but decided not to proceed at the last minute. No reason was given for the change of heart.

According to the aborted charges, Gunasekaran allegedly had LTTE-related items in his office and his house on Oct 10.

Despite the aborted charges, however, Gunasekaran will remain in detention. He still faces two charges related to the now-defunct group and has been denied bail.