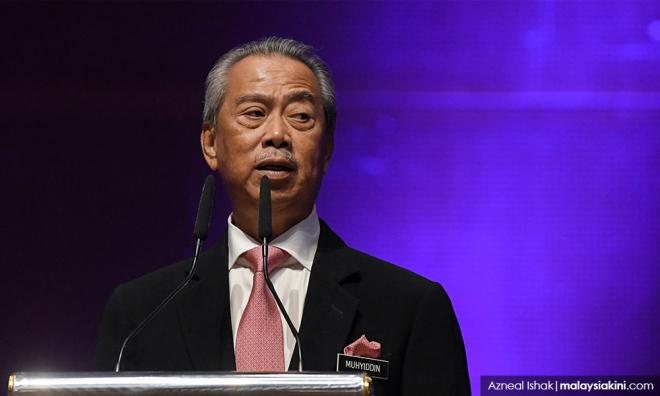 Sosma's detention period may be reduced to 14 days - Muhyiddin

The proposed amendments to the Security Offences (Special Measures) Act 2012 (Sosma) will allow for a better implementation of the law to safeguard peace and public order in the country, said Home Minister Muhyiddin Yassin.

Muhyiddin said among the provisions to be covered by the review is the 28-day detention period, which some consider too long.

“Yesterday, I was told the 28-day detention period under Sosma is too long, a torture.​​​​​​​ We take note of this view but we also have to consider the opinion of the police as the enforcer of anti-terrorism laws.

Muhyiddin said there were several suggestions to improve this aspect of the law, including allowing a 14-day detention for investigation before applying for an extension of 14 days from the court.

“So, there will be a process of checks and balances,” he said.

“In my opinion, what has been decided by Pakatan Harapan, including the promise in the manifesto, remains. We will not abolish Sosma. We will just amend it,” he told a press conference after visiting the Pekan Nanas police station near here today.

He said engagement with stakeholders like Members of Parliament, the Bar Council and academicians would continue before the proposed amendments are finalised for Cabinet approval.

Muhyiddin had been reported as saying that the government was expected to table the Sosma amendments in the Dewan Rakyat in March next year.

Muhyiddin said what the government was doing now was not linked solely to the LTTE but also involved cross-border crime and terrorism which needed to be tackled together.

“We need international cooperation and we need to step up our enforcement. We share information with like-minded countries (in combating terrorism),” he said. - Bernama