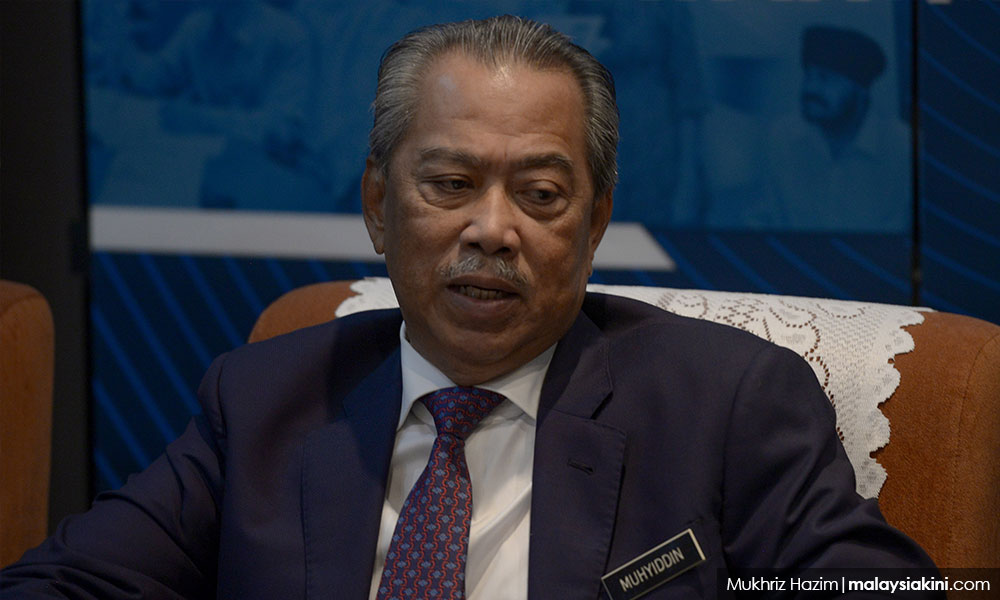 PH not dominated by a single party - Muhyiddin

The Pakatan Harapan (PH) government at the state and central levels is administered jointly and not dominated by a single party, said Bersatu president Muhyiddin Yassin (above).

He said every decision made was based on the concept of joint discussions.

"I would like to say here, at the central level, all the decisions we make are based on discussions, a collective decision. Collective responsibility. It was not made by one or two ministers.

"It is all the result of long discussions. Just like to prepare the budget, it is not just MoF (Ministry of Finance). It was tabled many times in the Cabinet, then brought to Parliament and debated," he said when speaking at a ceramah at Parit Haji Othman polling district centre (PDM) in Kampung Sri Bunian, Pontian last tonight.

Muhyiddin, who is also Home Minister, said the PH government sits together and works out things for the benefit of all.

He said it was not true that DAP was controlling everything, and some quarters were making this allegation just to frighten the Malays.

Meanwhile, at another campaign event, Muhyiddin said the PH government is committed to resolving all problems and dissatisfaction faced by all races in the country.

Muhyiddin said the government, however, needed the support of the people to continue its role to resolve these problems.

“I know the Tiong Hua community is not so satisfied. Yesterday, I spoke to the Malays and the Indian community. They told me that they are not satisfied either,” he said at a dinner with the Pontian Chinese associations last night.

Muhyiddin said: “When we talk about problems, none will be happy. But the most important thing is to find a way to solve the problem.

“That is why I want to explain here that we must consider choosing the right candidate in the Tanjung Piai parliamentary by-election, so he can represent the people to find ways to solve the issues faced.”

He believed that BN candidate Datuk Seri Dr Wee Jeck Seng would not be able to help them, even if elected, because he is not part of the government.

Karmaine Sardini of PH and Wee are involved in a six-cornered fight in the by-election on Nov 16.