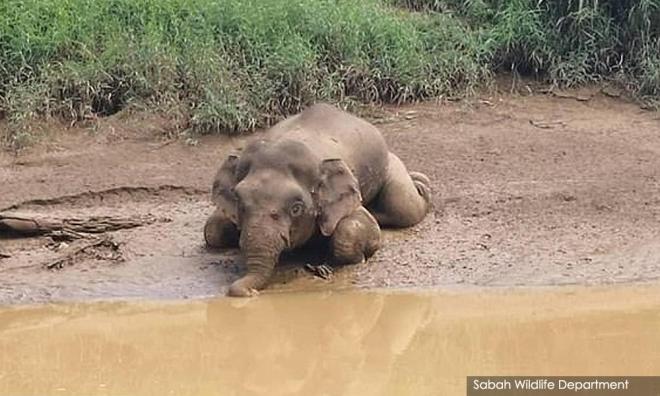 Putting an end to man-elephant conflicts in Sabah

When forests make way for agricultural activities and human settlements are built close to wildlife habitats, where will the animals go in search of food? No prizes for guessing the answer.

In Sabah, which is known for its Borneo pygmy elephant population, conflicts between humans and elephants have existed since 1960 when oil palm plantations started creeping into forested areas.

The confrontations between man and beast were under control then as elephant habitats were generally still intact.

However, the conflicts become more frequent as the years passed by and oil palm planters increasingly encroached on the flat and sloping terrain favoured by elephants.

As Sabah Deputy Chief Minister Christina Liew herself pointed out, the loss of elephant habitats to large-scale planting of oil palm is among the elements that contributed to the rise in man-elephant conflicts.

According to Liew, although sizeable blocks of forested areas remained in the central region of Sabah, only a small portion was appropriate for the jumbos as the rest of the forests are situated on hilly land with steep slopes inaccessible to elephants.

“This is why elephants are forced to encroach on oil palm estates and farms to search for food,” she told Bernama in an interview here.

Liew, who is also Sabah Tourism, Culture and Environment Minister, said the proposed Elephant Conservation Action Plan 2020-2030 formulated by her ministry provides for the orderly development of socioeconomic activities in areas situated close to elephant habitats.

“The plan will serve as a guideline for every action taken by the state government to put an end to man-elephant conflicts,” she said, adding that the action plan would be presented to the state cabinet next year.

Once the state cabinet gives the green light, the necessary resources and allocations would be made available to the Sabah Wildlife Department (SWD) to ensure the success of the action plan, she added.

Liew also suggested that plantation companies operating in Sabah create forest corridors within their estates to prevent elephants from intruding into their land and demolishing their crops.

Pointing to the fragmented elephant habitats at the Lower Kinabatangan Wildlife Sanctuary in Sabah, she said such corridors facilitate the movement of elephants in their search of food and habitat.

The plantation firms have also been requested to cooperate with SWD by providing information on elephant sightings in their areas so that wildlife rangers can be dispatched to rescue the animals and place them in a safer locale.

“Estate managements and workers facing elephant intrusions should abstain from endangering the animal or allowing hunters or poachers to enter their plantations,” she stressed.

She said it is the responsibility of plantation players to educate the workers and enhance their awareness of the importance of learning to coexist peacefully with the elephants.

Sabah’s pygmy elephants are a protected species under Schedule 1 of the state’s Wildlife Conservation Enactment 1997. Anyone found guilty of killing them face imprisonment of up to five years and a fine of RM250,000.

Touching on the need to drastically step up efforts to conserve the endangered pygmy elephant, Liew said her ministry has recorded 145 deaths since 2010. The cause of death included poaching, poisoning and revenge killing, as well as accidents and illnesses.

In the first 10 months of this year alone, 20 elephants died due to, among other causes, injuries inflicted on them by poachers.

The state is concerned over these fatality numbers, more so when they are an endangered species and Sabah now only has an estimated 2,000 pygmy elephants left, the minister said.

Liew said despite stiffer penalties imposed following amendments to the Wildlife Conservation Enactment 1997 in 2016, offences continue to be committed. She feels that more stringent punishment may be required to put fear into poachers and other wildlife criminals.

She also said Sabah was waiting for the federal government to go ahead with its proposed amendments to the Wildlife Conservation Act 2010 to increase penalties for offences committed under the act.

She added that Sabah also intends to make estate owners or the individuals concerned liable for elephants found killed or slew in their premises.

“They will be responsible for explaining what happened in relation to the incident,” she said.

Liew also pointed out that the shortage of wildlife rangers in Sabah is emboldening poachers who know that the risk of them getting caught is low.

Sabah, currently, only has 60 rangers attached to the 14 SWD offices state-wide.

According to Liew, the proposed Sabah Elephant Conservation Action Plan has provisions to hire additional rangers and veterinarians.

She also urged Sabah schools to organise wildlife-themed exhibitions and competitions to educate and create awareness among the younger generation on the importance of preserving wildlife.

She is confident that by instilling this in them from young, these students will grow up to become ambassadors of the state’s unique flora and fauna.

“Such efforts will also enable Sabah to become a wildlife-friendly state. We certainly want this to happen,” she added.