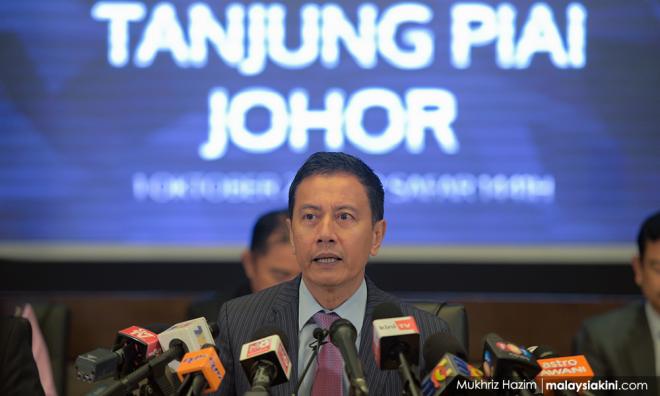 TG PIAI POLLS | The Election Commission has advised voters to exercise their right in the Tanjung Piai parliamentary by-election on Saturday and go to the polls early in the day.

EC chairperson Azhar Azizan Harun (photo) said today they should avoid rushing to the polling stations at the last minute. The voting period is from 8am to 5.30pm.

Voters must bring along their identity and voter cards or voting information for examination by the polling clerks, he said.

Azhar Azizan advised voters against handing their identity cards to anyone else besides the polling clerks.

He suggested that voters who have not received the voter card, possibly due to change of address, or do not know the voting information to check for these details earlier, before polling day.

"They can check at the portal, https://pengundi.spr.gov.my, or via the MySPR Semak application or contact the EC hotline at 03-88927018 or send an SMS to 15888 by typing SPRSEMAKNO.

"Voters must record and keep the information of the polling station, polling stream and voter number,” he said.

It is being held following the death of Dr Md Farid Md Rafik on Sept 21. The MP was also a deputy minister in the Prime Minister’s Department. -- Bernama