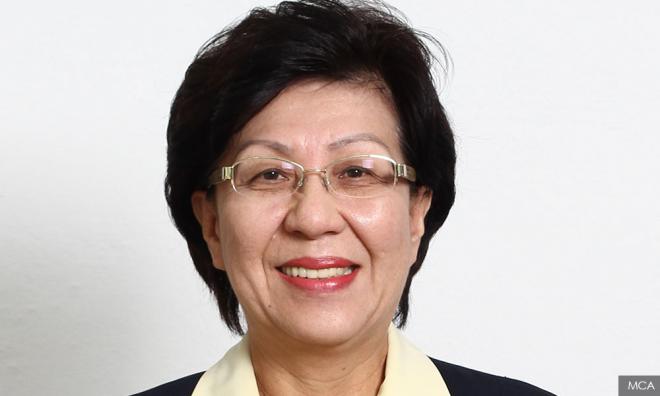 MCA senator Ong Chong Swen has passed away. She was aged 69.

Her passing was confirmed by MCA president Wee Ka Siong.

"This morning, I, along with the party deputy president and secretary-general walked with Wee Jeck Seng into the Dewan Rakyat to witness his swearing-in.

"I am no longer fighting alone and I'm happy for Jeck Seng and the whole party but tonight came the bad news.

"Ong has suddenly passed away. She worked hard to help us in the Tanjung Piai by-election and I did not get to thank her before she left us.

"Today, we have one more MP but a few hours later, we lost a representative in the Upper House. Rest in peace," he said on Facebook.

She had complained about being unwell shortly after it was revealed that MCA's Jeck Seng was on course to a landslide victory in the Tanjung Piai by-election last Saturday.

"Yesterday, I insisted on campaigning at the Pekan Nanas Barat polling district until about 3pm and when a storm came, I had to seek shelter in a car.

"After a while, I felt my body was warm and aching all over. I can only stay in the hotel to nurse my illness," she said on MCA's victory night.

She had helped campaign for Jeck Seng who won the Tanjung Piai by-election with a 15,086-vote majority.