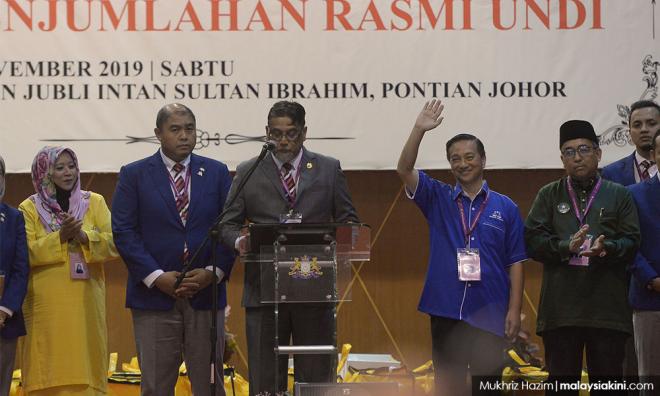 BN, represented by MCA's Wee Jeck Seng, won by a whopping 15,086-vote majority against Harapan's Karmaine Sardini, who is from Bersatu.

The official results were announced by the Election Commission's returning officer Zulkifly Mohd Tahir at the Dewan Jubli Intan, Pontian, which acted as the tallying centre this evening.

This means Harapan only garnered slightly more than a quarter of the vote share, at 26.74 percent. BN secured 65.61 percent of the total valid votes.

There were 595 rejected votes. The final turnout was 74.5 percent.

This means Gerakan, Berjasa and the independent candidates will lose their deposits.

A candidate must secure one-eighth of the total votes to retain his or her deposit.

In the last general election, Jeck Seng lost the seat by only 524 votes to Bersatu's late Md Farid Md Rafik.

Md Farid, who was also a deputy minister, passed away from a heart attack in September, three weeks shy of his 43rd birthday.

Chinese have returned to BN - Zahid