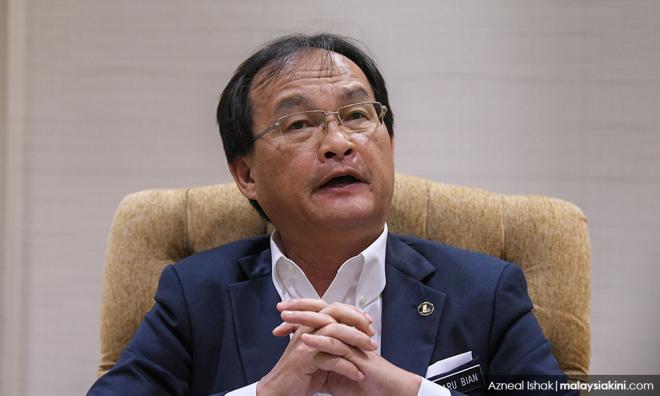 More intrigue in PKR, and 9 news from yesterday

1. A rebellion is brewing against Sarawak PKR chief Baru Bian, but Baru’s aide said his opponent’s claims were exaggerated.

2. Even as more details emerged on PKR deputy president Azmin Ali’s meeting on Monday with BN parliamentarians, more of such meetings have been called by Azmin and his allies.

3. PKR president Anwar Ibrahim is demanding that Azmin explains his meeting with BN parliamentarians on Monday. Azmin said it was a “normal” meeting and he would check his schedule to see if he could attend the party politburo meeting today.

4. Blamed for Pakatan Harapan’s poor showing in the Tanjung Piai by-election, Prime Minister Dr Mahathir Mohamed replied in a nonchalant tone: “Maybe it was my fault. How would I know?”

5. A survey of Malaysian lawyers, mostly women, revealed that they have little faith in their firms in protecting them from bullying and sexual harassment.

6. There was a health scare when Mahathir’s nose bled during a press conference yesterday morning, but Finance Minister Lim Guan Eng later reported that Mahathir said his blood pressure was normal.

8. At another bench of the High Court, a witness claimed that former deputy prime minister Ahmad Zahid Hamidi’s Akalbudi Foundation was set up to look after the interest of his political career and that of the Bagan Datuk Umno division.

9. The Orang Asli Affairs Department (Jakoa) is seeking emergency funds to provide food supplies for villagers in Pos Simpor, Kelantan, after elephants ruined their crops and floods damaged their homes.