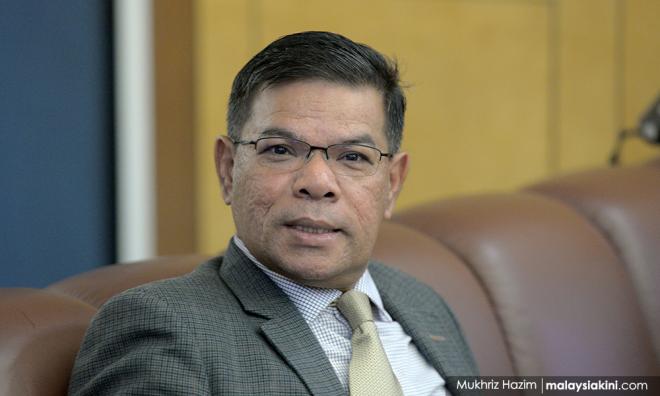 He said this was in line with the convention's schedule which all state branches had been provided with, and which had been decided upon at a meeting of the Central Leadership Council and political bureau.

Saifuddin Nasution added that if there were opposing views on this, they should be channelled to the council and bureau in order for a decision to be made on the matter.

"So until that process is undertaken, we will continue with the convention on Nov 23," he told reporters after officiating at the reopening of a shopping centre in Cheras today.

Yesterday, Sarawak PKR chief Baru Bian was reported to have said that the cancellation of the convention on Saturday was a majority decision involving 32 of 46 State Leadership Council members.

Baru had also said that in continuing with the convention, the party's Central Leadership Council was disregarding the wishes of the majority of Sarawak PKR representatives.

Commenting on PKR Youth deputy chief Muhammad Hilman Idham's statement  that the Youth and Women's Wing congress in Malacca on Dec 5 should still be officiated by PKR deputy president Mohamed Azmin Ali, Saifuddin Nasution said the proper platform at which the matter should be decided on, was a meeting of the Central Leadership Council and political bureau.