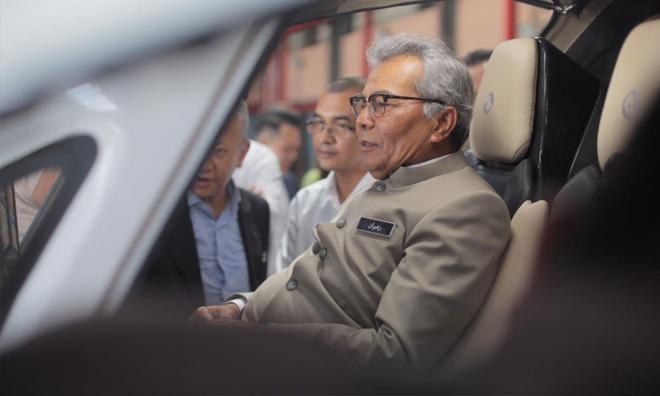 The 'flying car' is a shameful fiasco

As I am bound by the Standing Order of not divulging the evidence taken in the PAC, my views below are solely based on news reports, and the Parliament hansard that has recorded what the Minister of Entrepreneur Development Redzuan Mohd Yusof has said openly and officially.

The Civil Aviation Authority Malaysia (CAAM) has given a no-go to the demonstration flight which was originally scheduled today.

What I can conclude from the whole fiasco, from the first announcement by the Minister early this year, until the no-go notice by CAAM, is only one word: Shameful.

If you want me to add another word, I can: Shameful.

Our Minister has on many occasions said that not a single cent of the taxpayer's money is being used, and this is a private initiative.

It is not a government project.

He has said in Parliament that it is the Ministry’s duty to assist entrepreneurs in (realising) their innovative ideas. I fully agreed that is the duty of the Ministry.

We cannot kill off good ideas.

In fact, the idea is good. The technology is already quite common out there in other nations. Good for our own entrepreneurs to explore into it. But it becomes a huge problem when it comes to MED.

In the past one year, our Minister has appeared to take the flying car as his baby.

He keeps talking and keeps promoting it in a wrong way without realising that it also irritates the people who voted for us.

The best part is - at the early stage, a lot of people were asking me why our third national car project is going (to be a) flying car.

The perception is that the Government is doing this as a national project, which in fact is not. Everyone is confused.

Since it is not a national project, don’t talk like it is one This could be one of the many private initiatives that the Government and ministries receive every day.

I have asked a few of my lawyer friends before. On the road, we have the Road Transport Act. For civil aviation, we have the Civil Aviation Act.

If at all the flying car is to fly, do we have laws regulating the same? The answer is in the negative.

The Minister has also said it only take one hour from Kuala Lumpur to Penang by the flying car. Taking a Fokker plane will take one hour now, does it mean that a drone can fly at the speed of the Fokker? The people are not stupid.

And now, CAAM has given a no-go. Clearly, it is not ready, we are not ready. Why is the Minister talking every day as if everything is ready?

The opposition is making a joke out of it whenever the issue is brought up in Parliament.