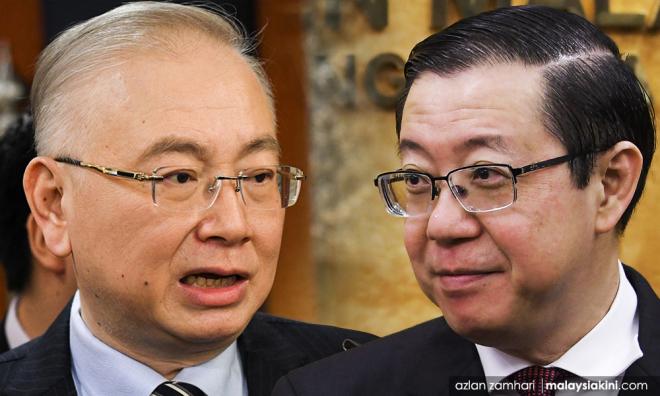 Wee, in a statement on Facebook, said there are five alumni associations dating back to 1980 but Lim had chosen the TARCian Alumni Association (TAA), which was set up in 2012.

He added that TEA, SAS and SBS are also members of the Federation of Tunku Abdul Rahman College Alumni Associations.

"There are many members in the federation which has links to various alumni from various facilities for the longest time.

"They are more qualified than TAA. Why did Lim Guan Eng choose to give the allocation to TAA and sidelining the party that is more suited to represent the alumni?

Yesterday, Lim announced the RM30 million for TAR UC through a trust that will be managed by TAA.

He maintained that this mechanism will be used as long as MCA does not relinquish its control of TAR UC.

Lim had under Budget 2020 slashed government allocation for the MCA-owned TAR UC from RM5.5 million to RM1 million.

He had said that the government can provide RM30 million to the institution if the MCA relinquishes its ownership of TAR UC.

However, following Pakatan Harapan's landslide defeat in the Tanjung Piai by-election, where many Chinese voters revolted, Lim decided to proceed with the allocation, but through a trust.

He added that RM1,000 from the RM30 million fund can then be distributed directly to each student's bank accounts without going to any third party.