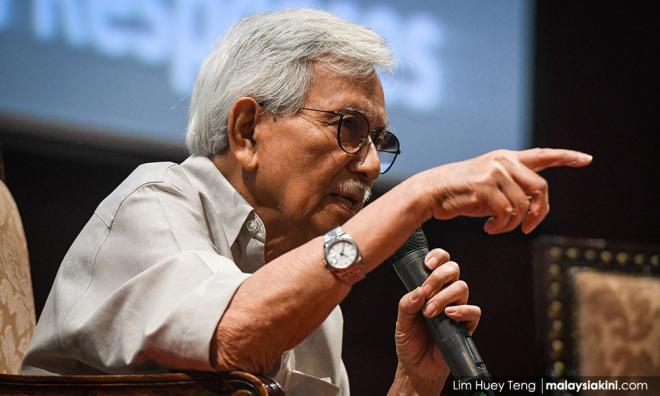 Gov't should set up one-stop agency for agriculture sector - Daim

The government needs to establish a new one-stop agency chaired by the prime minister to coordinate the agricultural sector if the government is serious about uplifting the sector, said Daim Zainuddin (above).

The Council of Eminent Persons chairman and former finance minister said he had written the suggestion to Prime Minister Dr Mahathir Mohamad for consideration.

He said the government needed to address various problems to expand the sector, including shortage of land, foreign worker issues as local workers shunned the sector, and financing.

“We only have one agriculture bank, which offers loans with higher interest rates compared to other banks, while land is a state matter.

“The farmers also have to talk to various government agencies and ministries to help them solve many problems,” he said during a Nation Building Conversation session organised by the Asian Strategy and Leadership Institute (Asli) in Subang Jaya today titled “Poverty in Malaysia: Reality versus Perception”.

Daim noted that if the ministries could be run the way businesses were run, operations could be more efficient.

With the prices of main commodities such as rubber and palm oil coming down, the country should look at other cash crops with shorter harvesting periods, he said.

According to him, the future of commodities is in coconut due to its shorter harvesting period of three years and its ability to double income, as well as sugar cane, jackfruit, pineapple and cash-crop vegetables such as chilli, cucumber and lady’s finger.

The nation, Daim said, should also find ways to help young people venture into the agriculture sector by introducing modern technologies which would attract this group and, in turn, help ease the unemployment rate.