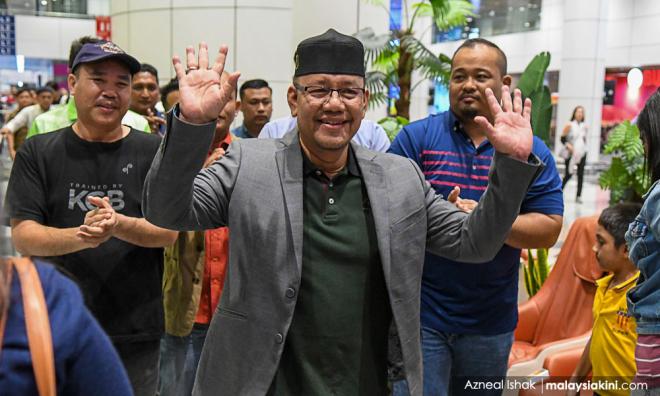 "We, who are the majority of those chosen by party members (to the MPP), reject the hasty decision (to sanction Zakaria).

"We urge the party president (Anwar Ibrahim) to apologise for this decision, which clearly did not receive two-thirds support from the party's MPP," said the group in a joint statement.

The statement was signed by Azmin, vice-presidents Zuraida Kamaruddin, Tian Chua and 17 others, including Zakaria. [Full list of signatories at the end of this article.]

There are currently 64 members of the MPP, of which 30 positions (including top two positions for the youth and women's wing) were chosen by party members last November.

Fourteen heads of state PKR chapters, two advisory council members and the head of the disciplinary committee were MPP members by default while the rest were co-opted.

During the last MPP meeting - Azmin, Zuraida and Tian Chua were not present - the participants adopted a recommendation by the disciplinary committee to act against Zakaria.

The disciplinary committee had, in turn, acted on a recommendation by the MACC on Oct 23.

According to the 20 MPP members, the disciplinary committee's action was flawed, given that the MACC has not taken any action against Zakaria.

They also argued that Zakaria was never called before the committee to address the allegations against him.

"We found that the decision to sack him was based on defective reasons, and not according to principles of justice which is to go through due process," said the group.

Previously, PKR communications chief Fahmi Fadzil said Zakaria had two weeks to appeal the decision, although he maintained that the party's top leadership had found allegations in the MACC letter to be "extremely serious" and thus, the need for drastic action.

The full list of signatories of the joint statement is as follows: