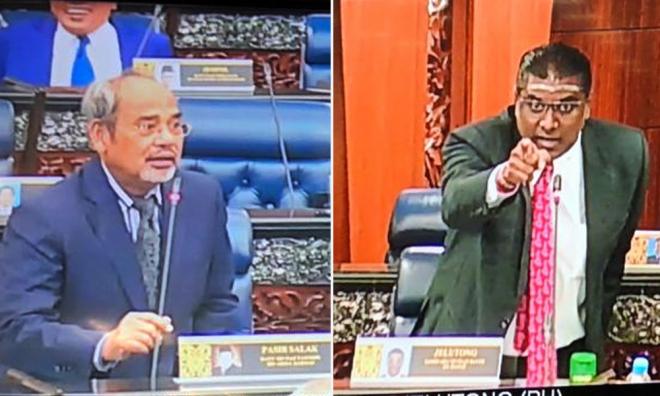 PARLIAMENT | An outcry in the Dewan Rakyat today over the ashes of the late Chin Peng  eventually led to the suspension of two lawmakers - Khoo Poay Teong (Harapan-Kota Melaka) and Tajuddin Abdul Rahman (BN-Pasir Salak).

They were suspended for refusing to follow orders from Dewan Rakyat Speaker Mohamad Ariff Md Yusof.

The incident started during Question Time, with an altercation between RSN Rayer (Harapan-Jelutong) and Azeez Abdul Rahim (BN-Baling), as the former was asking Education Minister Maszlee Malik whether the government had plans to teach school students about Harapan leaders such as the late Karpal Singh and Iskandar Puteri MP Lim Kit Siang.

This led Azeez to suggest that students should also be taught about the Liberation Tigers of Tamil Eelam (LTTE)...