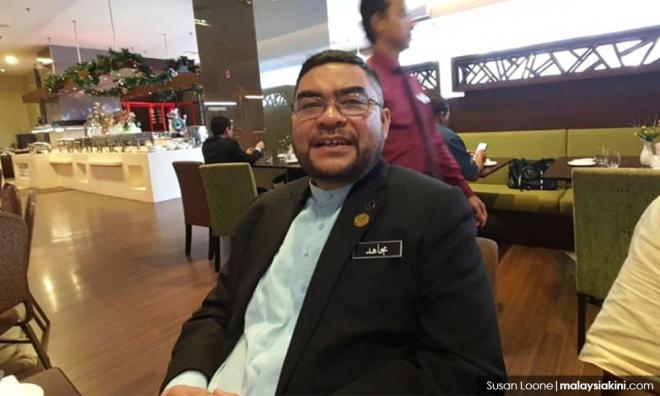 The Kuala Lumpur Summit 2019 will be an important platform to bring the true message of Islam to the world, more so to resolve issues on radicalism and Islamophobia, Minister in the Prime Minister's Department Mujahid Yusof Rawa said.

As the minister in-charge of Islamic affairs, he said, radicalism sparked terrorist acts, purportedly in the name of religion, that led to Islamophobia, a baseless fear that created discrimination and stigma against Muslims worldwide.

Mujahid said the summit, with the Islamic narrative of Rahmatan lil Alamin (compassionate Islam), aims to tell the world that Islam is a progressive and productive religion that wants peace.

“Islam is looking for space for us to reduce the tension and Muslims want to live as others want to live, contributing to the world’s happiness and prosperity.

“This message is very important because it will reflect the real intention of Islam ... we will see what this KL Summit contributes to the world," he told Bernama.

In addressing problems facing Muslim countries, Mujahid said the concept of Rahmatan lil Alamin was very practical in resolving issues between Muslims and non-Muslims or issues among the Muslim community, like over differences in sects.

He said Malaysia's experience in making Rahmatan lil Alamin as a national policy, coupled with the Maqasid Syariah, can be shared by other countries to be practised in their own local context.

“The objective of Maqasid Syariah is to maintain relations among mankind… it encompasses the community, law, tradition, political system and economic position of a country,” he said, adding that it was because of this that he promoted the concept of Rahmatan lil Alamin internationally.

Mujahid said he had promoted the concept at the University of Cambridge, in the United Kingdom, during a dialogue with 13 European Union ambassadors and at an information session with the Organisation of Islamic Cooperation (OIC) ambassadors.

He said the Kuala Lumpur Summit would be significant not only to Malaysia, but also to the entire Muslim world as it would bring together Muslim world leaders to discuss the survival of Muslims.

Besides, analysing the socio-economy of the Muslims, he said, it would also be a platform for Muslims to reflect upon themselves and overcome their weaknesses.

The Kuala Lumpur Summit 2019, scheduled from Dec 18 to 21 at the Kuala Lumpur Convention Centre, will discuss issues on Muslims based on seven thrusts, namely development and sovereignty; integrity and good governance; culture and identity; justice and freedom; peace, security and defence; trade and investment; as well as Internet and technology governance.

It aims to revive the Islamic civilisation, deliberate and find new and workable solutions for problems afflicting the Muslim world, to contribute in the improvement of the state of affairs among Muslims and Muslim nations and to form a global network among Islamic leaders, intellectuals, scholars and thinkers.

Some 450 Muslim leaders, thinkers, intellectuals and scholars from all over the world are expected to attend the summit, with Malaysia, Indonesia, Turkey, Qatar and Pakistan as the pioneers.