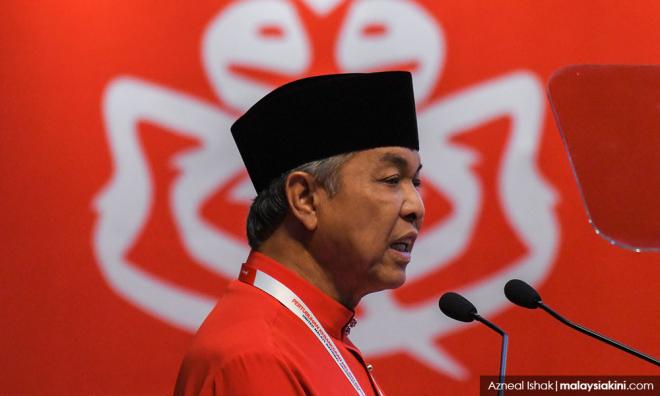 UMNO AGM | Umno president Ahmad Zahid Hamidi has blasted Pakatan Harapan for "deifying" former communist leader Chin Peng and rewrite the history of the country by allowing his ashes to be brought home.

"Without considering what the cruelty of the communists, the government has not only allowed the gathering of their sympathisers, but they said they were in the dark about his ashes been brought home.