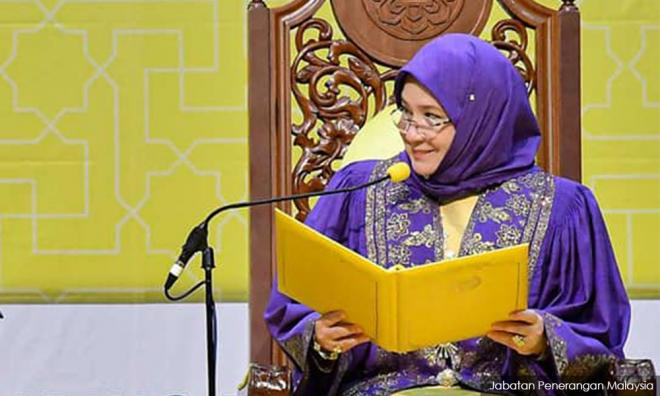 Queen receives Craft Icon of the Year Award in India

Referring to Tunku Azizah’s role in engaging prison inmates in craftwork, he said her project allowed individuals who may have lost their direction in life to re-evaluate their position and rebuild their lives through developing new skills.

"The award to Her Majesty is hugely justified and represents a landmark in the initiative, which has started a legacy for future generations," Gharda added.

The award was presented in conjunction with India Craft Week, where the dress Tunku Azizah wore for her husband’s coronation as the 16th King of Malaysia was displayed.

Its fabric was designed by Her Majesty herself using the insignia of the King's home state Pahang and it was woven by Penor prison inmates.