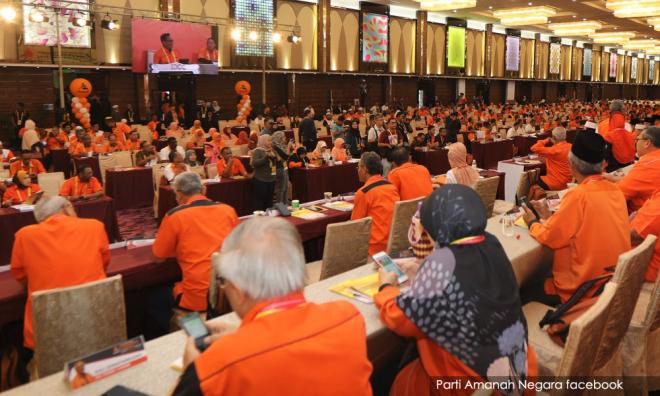 AMANAH AGM | Amanah today concluded its fourth national convention, which saw the party's first-ever elections since its formation five years ago and the retaining of Mohamad Sabu as party president for the 2019-2022 term.

Its convention coincided with those of PKR and Umno. Despite being the smallest of the three parties, Amanah appeared more focused on national issues.

Like the PKR and Umno gatherings, there was discontent but unlike PKR and Umno, they were more about how Pakatan Harapan and Amanah performed in the government rather than factionalism.

Umno had sought to project a united front behind its leadership but there were hints of factionalism as some delegates attacked Umno MPs who have been in communication with PKR vice president Azmin Ali while the PKR congress itself degenerated into a factional drama between Azmin's faction and PKR president Anwar Ibrahim's faction.

Despite the critical messages from the Amanah delegates, they chose to retain the status quo for the top leadership during the convention, which coincides with the party election...