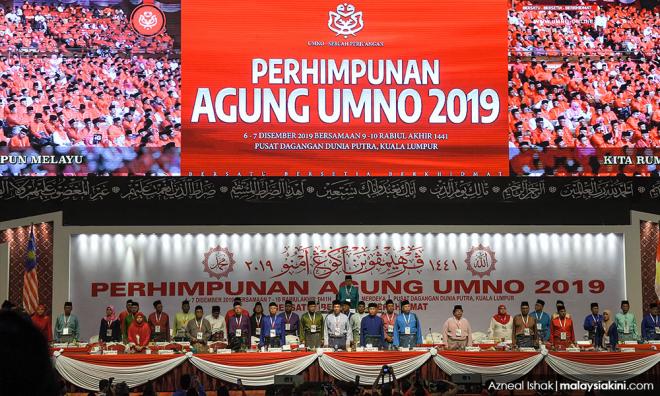 UMNO AGM | The 2019 edition of the Umno annual general assembly saw clear messages being conveyed to the party leadership.

The first key takeaway was that the party grassroots were fully behind party president Ahmad Zahid Hamidi and urged other leaders to fall in line.

Since winning the presidency last June, Zahid has been thrown many challenges.

He was repeatedly brought to the MACC over graft investigations last year, and struggled to contain the exodus of MPs from Umno.

Eventually, he was pressured into taking leave in December last year.

After acting Umno president Mohamad Hasan managed to stem the tide and lead the party to three by-election victories, Zahid made a surprise return and resumed his position on June 30...