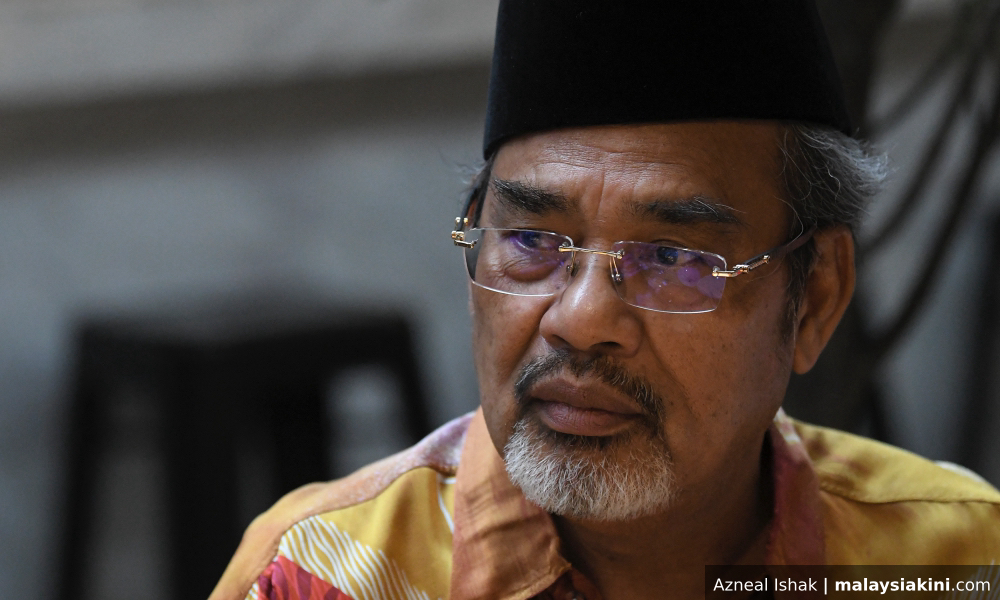 Yoursay: Tajuddin crosses the line by poking fun at 'ashes'

YOURSAY | 'As a representative of the people, the Pasir Salak MP has no excuse for his behaviour…'

From his unsavoury speeches against peoples' races and religions and the recent scuffle with Kuala Krau MP Ismail Mohamed Said, this man has no idea on how to behave and has no respect for the people.

In short, will another parliamentary sanction or punishment turn this devilish man into an angel? Think again. Only jail time will discipline the in-built arrogance of this person.

Mazilamani: The punishment to be meted out by the Rights and Privilege Committee must be severe enough to deter other MPs from behaving like Tajuddin and to assure Malaysians that actions will be taken on errant MPs.

How could Tajuddin forget that he is representing a multiracial society?

I Am Sabahan: Tajuddin thinks that it is just a joke. Religious matters are sacred to followers of faith. It is not a joking matter. Shame on you, Tajuddin.

It shows that you were not properly brought up. What if we made fun of your religion? Would you just keep quiet about it?

The Third Man: Tajuddin's remark was insensitive, provocative and seditious against a fellow MP who is a Hindu. To see and hear him say it in a mocking manner is truly shocking.

The right course of action to be taken against Tajuddin is that he should:

1. Be disqualified as an MP.

2. Lose his parliamentary immunity so that legal action can be taken against him.

3. Be referred to the police for his seditious remarks.

Parliament needs to implement stricter disciplinary actions against MPs who abuse their positions in words, actions and attitudes.

Tajuddin must be punished severely and I hope that his punishment will serve a reminder to the rest of the MPs in Parliament.

Malaysian Expatriate: The Dewan Rakyat speaker must exercise his power to remove MPs who tarnish our Parliament with their unwarranted actions.

MPs like Tajuddin are a disgrace to the House and must face disciplinary action.

It is time that MPs are reminded that they represent everyone in their constituency and have to work hand in hand with their fellow MPs.

My2cen: MPs like Tajuddin only understand money. So as punishment, he should be suspended and all his salary should be donated to welfare or charity organisations - in this case, give it to Indian children in orphanages.

In future, they will re-think what they have done. Apologies have no meaning unless matched by a pay cut and suspension.

Malaysian-United: If you insult others but keep apologising for it, it makes your apologies worthless.

Just add up the number of times he has insulted others in Parliament. Bar him from attending parliamentary sittings for the rest of the term and yes, stop paying his salary.

Kangkung: Imagine if one were to say a distasteful word about his religion, all hell will break loose.

There will be protests nationwide with Umno-PAS supporters foaming at their mouths, screaming their heads off and demanding blood.

This Umno ill-breed must be suspended from Parliament for good.

Apalah: Tajuddin thinks that after insulting other people’s religion and later apologising to them would get him off the hook.

No way! This type of politician must be dealt with. He is not above the law.

Anonymous_1388510471: First of all, he didn’t really apologise, he merely retracted his comment. There’s a difference between the two.

His intention was clear, he just wanted to make fun of Hindu beliefs and practises because he looks down on them.

Clever Voter: What can we expect from Tajuddin who doesn't know the meaning of respect and humility.

If he is anything to go by, he is best described as a rowdy and rude.

Drngsc: Good that action will be taken. Tajuddin always acts like a gangster in Parliament and he should be disciplined.

His antics are unbecoming of an MP. He is rude and often mocks his fellow MPs.

I hope the action taken against him will serve as a lesson to the other MPs.

Anonymous_1527654283: Tajuddin, please tell me who your Indian friends are. I will personally ask them if they were offended. Don’t try to worm your way out of this one.

You have created a racial and religious issue and you must bear the consequences.

Well done to the speaker for restoring decorum and showing maturity in dealing with the situation.