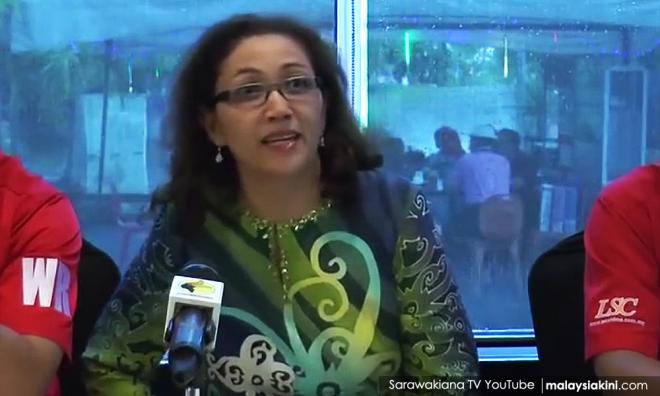 Mukah MP Hanifah Hajar Taib, the daughter of the Sarawak governor Abdul Taib Mahmud, has declined to comment when asked whether she had declared her assets, as required by Parliament.

She was met by the journalists at the Lions Nursing Home Annual Charity Food Fair 2019 yesterday, Borneo Post reported today.

"No comment," Hanifah (above) briefly said before entering the premises.

For the record, Parliament had set Dec 5 as a deadline for the MPs to declare their assets.

They were compelled to make their asset declaration after Parliament passed a motion on the matter through a voice vote on July 1.

According to Dewan Rakyat Speaker Mohamad Ariff Mohd Yusof, 160 MPs have complied with the motion, including three Umno MPs and 15 from Gabungan Parti Sarawak.

Of those who did not submit their declarations, 38 were BN parliamentarians (including 36 Umno and one each from MCA and MIC), 18 from PAS, three from Sarawak Parties Coalition (GPS), one from Star (Sabah-based Parti Solidariti Tanah Airku Rakyat Sabah), and two independent MPs.

During Amanah's national congress last Friday, Amanah vice-president Mahfuz Omar had called on the Parliament and Prime Minister Dr Mahathir Mohamad to act against MPs who refused to declare their assets.

Mahathir has the power to withdraw development allocations for any MPs from the government or opposition, Mahfuz said.

"I don't think this will require any amendments because it is under the power of the prime minister," the Pokok Sena MP said.