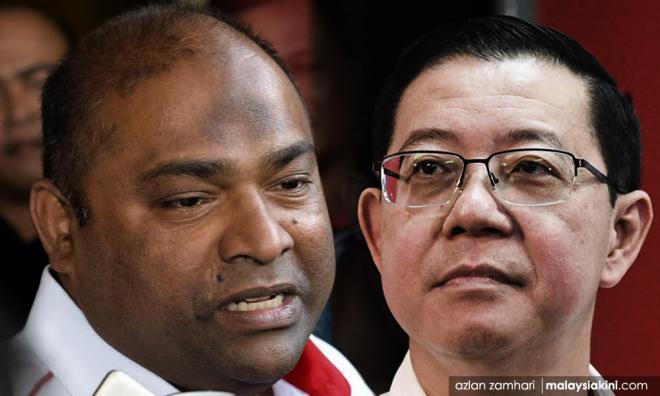 Judge Rosilah Yop set the date in chambers following an application by lawyer Felix Lim, representing Lim, for a new hearing date, as his client could not attend today’s hearing due to urgent matters.

The court had set today to continue to hear the case, where Lim was supposed to testify.

Abdul Azeez filed the suit in March last year, claiming that Lim, who is finance minister, had issued defamatory statements during a press conference at the chief minister's office on Feb 28, 2018, and during a Chinese New Year open house hosted by the Penang Development Corporation on the same day, connecting him with a payment of RM3 million in consultation fee by the developer of the undersea tunnel project.

He claimed the statements gained widespread coverage and published in a number of websites, electronic news sites and local newspapers, and is seeking, among others, general and exemplary damages and other relief deemed fit by the court.